“Former U.S. President George W. Bush has revealed that he considered ordering the US military to strike a suspected Syrian nuclear facility at Israel’s request in 2007, however in the end he opted against it,” reports the Jerusalem Post. “In his memoir, Decision Points, which is due to be released on Tuesday, Bush says he received an intelligence report about a ‘suspicious, well-hidden facility in the eastern desert of Syria,’ and then telephoned then Prime Minister Ehud Olmert to discuss what action to take…. Bush says a bombing mission was considered ‘but bombing a sovereign country with no warning or announced justification would create severe blowback.’ In the book the former US president says he discussed all the different options with his national security team and a covert raid was suggested. However Bush explains that it was considered too much of a risk to slip a team in and out of Syria undetected. Bush writes in the memoirs that he told Olmert, ‘I cannot justify an attack on a sovereign nation unless my intelligence agencies stand up and say it’s a weapons program.’ According to the book Olmert expressed his disappointment at Bush’s decision to recommend a strategy of using diplomacy backed up by the threat of force to deal with Syria over the facility. ‘Your strategy is very disturbing to me,’ Olmert told Bush, the book suggests….” 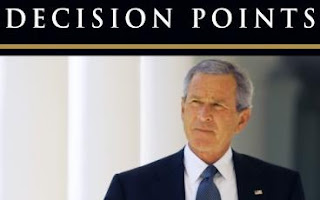 No American President in U.S. history was as determined to stop radical Islamic and Arab nationalist leaders from acquiring weapons of mass destruction than George W. Bush. So for him to balk at a preemptive military strike on the Syrian nuclear reactor is telling. People ask me all the time, “Is the U.S. likely to launch a preemptive strike on Iran’s nuclear facilities?” The answer is no. And this is further evidence. If President Bush wouldn’t hit Syria, it is highly unlikely President Obama will hit Iran.

Which leads us right back to the question I’m asking in The Twelfth Imam: What if the world waits too long to take decisive action and Iran does, in fact, acquire nuclear weapons?

Bush: Olmert asked me to strike Syria, but I refused - Jerusalem Post