After answering recent questions on the Age of Accountability, I concluded that the Q & A format doesn’t lend itself to providing a comprehensive answer. Here’s the rest of the story.

In the Jewish culture, becoming an adult is one of the watershed events in a person’s life. At age 12 for girls and 13 for boys Jewish children reach the age of accountability. It’s a point in their life that has both spiritual and physical significance, because they’re approaching puberty at the same time. So as they make the transition from child to adult they also become responsible for their own sins.

They acknowledge their accountability in a ceremony called bat mitzvah for girls and bar mitzvah for boys. Now it’s not that children don’t sin before puberty, it’s that they’re not held accountable for their sins. Judaism teaches that fathers are responsible for the sins of their children until they come of age. That’s why in the bar mitzvah ceremony, the father will often pray in effect, “Lord thank you for giving me this son, and thank you for relieving me of any further responsibility for him.”

We see hints of this transition, and its consequences, in Romans 7:9. Being a Jew who was obviously still alive at the time, Paul wrote,

“For I was alive without the law once: but when the commandment came, sin revived, and I died”.

(The word for without also means “apart from”.) Since he was physically alive he had to have been referring to the spiritual, or eternal life for which he had been qualified before coming of age.

The phrase “The commandment came, sin revived, and I died” means that as soon as Paul became old enough to be accountable for his sins he was scheduled for death, it being the wages of sin (Romans 6:23). The Greek word for revived indicates Paul’s sin nature had always been there, but for accountability purposes it’s like it was dormant while he was a child. As soon as he came of age, it woke up again, immediately disqualifying him from eternal life.

No official written references to the method for conducting bar or bat mitzvah ceremonies existed during Paul’s time. But the practice was obviously well known enough that Paul could expect his Gentile readers to understand what he was talking about. Since Paul was adamantly opposed to following tradition for its own sake, he must have known that belief in an age of accountability was legitimate from God’s perspective.

Reaching the age of accountability transformed children into adults but also robbed them of eternal life. Since there was no longer someone else upon whom to place the burden for their sins, they became responsible themselves and an execution order was immediately entered against them from Heaven. It took their obedience to the Law and their annual participation in the ceremonies of Yom Kippur to delay this execution, and then only if these were accompanied by the belief that God would send the promised Messiah to redeem them for good. 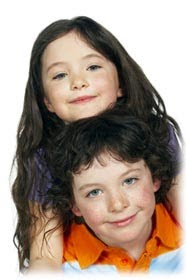 We get the rest of the story from the New Testament. For Christians the watershed event is likened to becoming a child. Jesus said,

“Truly I tell you, unless you change and become like little children, you will never enter the kingdom of heaven.” (Matt. 18:3)

What He meant was unless adults can somehow unburden themselves of the responsibility for their sins, there’s no way for them to enter God’s Kingdom. Since children are not held accountable for their sins, adults have to become like children.

In the very beginning of his gospel account John explained how we do that.

Yet to all who did receive him, to those who believed in his name, he gave the right to become children of God — children born not of natural descent, nor of human decision or a husband’s will, but born of God. (John 1:12-13)

Believing that the Lord’s death paid the full penalty due us for our sins gives us the authority to become God’s children, and in that way we unburden ourselves of the responsibility for our sins. This is what it means to be born again.

But when the set time had fully come, God sent his Son, born of a woman, born under the law, to redeem those under the law, that we might receive adoption to sonship. Because you are his sons, God sent the Spirit of his Son into our hearts, the Spirit who calls out, “Abba, Father.” So you are no longer a slave, but God’s child; and since you are his child, God has made you also an heir. (Galatians 4:4-7)

Both this passage and Romans 8:15-17 convey the idea that adoption into the family of God is truly the most important event of our lives. God sent His son to die for our sins so we could receive the right of adoption. According to John 1:12-13 belief in Jesus gives us the authority to claim this right and when we do God adopts us as His children and we become heirs to his estate. When this happens the execution order is cancelled (Colossians 2:13-14). The responsibility for our sins is transferred to Jesus (Isaiah 53:5) and once again we’re not responsible. At that point we’re born again as a child of God and have eternal life. According to 2 Cor. 5:17 we actually become a new creation. The old has gone and the new has come. This is what happened to Paul, and has happened to every other born again believer as well.

This is not a new idea and was first acted out in the garden. Adam and Eve were created with eternal life. God told them if they disobeyed (sinned) they would die. But they disobeyed and were scheduled for death. God promised a redeemer to save them, and by believing God they were born again and restored to eternal life.

The Law is the story of death, because it wasn’t given to save anyone, but so that in trying to obey it man could see his need for a Savior (Romans 3:20). Being perfect it actually served to condemn imperfect man to death (Romans 7:10-13).

Grace is the story of life because by faith in the Redeemer man can be born again into eternal life, even though he doesn’t deserve it (Ephesians 2:8-9). By the power of the Holy Spirit, David understood this 1,000 years ahead of time when he wrote,

Blessed is he whose transgressions are forgiven. Blessed is the man whose sin the Lord does not count against him, and in whose spirit is no deceit (Psalm32:1-2).

Only by God’s Grace can we qualify for eternal life again after losing it when we reached the age of accountability.

No place in either the Old or New Testaments is the exact age of accountability specified. The ages of 12 and 13 I mentioned above come from Jewish culture and were chosen for reasons that have more to do with tradition than the Bible. But from both these sources it’s clear that we’re all born as children of God, not responsible for our sins, and having eternal life. When we’re intellectually mature enough to understand the sin/salvation issue we become accountable for our sins and are subject to spiritual death. When we accept the Lord’s death as payment in full for all our sins, we are born again and go back to being children of God, no longer responsible for our sins, and are restored to eternal life. We’ve come full circle.

The "Age of Accountability" - Grace to You (John MacArthur)

Where do I find the age of accountability in the Bible? What happens to babies and young children when they die? - GotQuestions.org

Safe in the Arms of God: Truth from Heaven About the Death of a Child - John MacArthur (Book)

What does the Bible say about the age of accountability? - Bible.org