Todd often makes the observation these days that there seems to be a strange lack of prophetic activity; nothing in the news rivets the observer in the dramatic way, say, that an attack on Iran’s nuclear facilities might grab one’s attention.

This Strandberg perception of a lull in prophetic progression, as he calls it, might seem at first nonsensical, considering the tremendous procession of probable end-times issues and events that we at Rapture Ready address each week. Geopolitically, there are many signals of biblically prophetic significance. The European Union (EU) continues to consolidate power while remaining at the same time loosely confederated. Certainly, we legitimately can and do make the case for this strange entity being the likely candidate for producing revived Rome – the ten toes of iron and miry clay given in Nebuchadnezzar’s dream-vision of the final world empire (Daniel 2).

Russia is a brooding giant to Israel’s north, and at every opportunity, Iran threatens the Jewish state with oblivion. These nations combine with Turkey and others to constitute a coalescing agglomerate that has the characteristics of the foretold Gog-Magog military machine of Ezekiel 38 and 39.

Russia’s Vladimir Putin openly displays ambition that easily qualifies him as one who might aspire to be the Gog of the Ezekiel prophecies. Iran’s Mahmoud Ahmadinejad spouts the kind of hatred for God’s chosen people that the prince of Persia no doubt will use to inspire Iran’s (Persia’s) leader to join with Gog in raging against Israel in that satanic attack (Daniel 10:20). 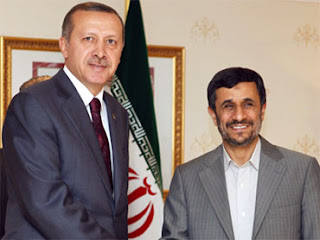 Recently, Turkey’s prime minister, Recep Tayyip Erdogan, has brought his nation into the Iranian and Arab world’s mantra for Israel to, in effect, be neutralized – be eradicated as an entity in the Middle East. Thus, Ezekiel’s prophecy about the Gog-Magog forces continues to congeal, with the ancient area of Togormah now firmly within the foretold mix of peoples that will storm over the mountains of Israel to meet their God-ordained doom.

So, again, it seems nonsensical to say that there is a lack of prophetic progression, based upon such spectacular developments. Yet, Todd Strandberg and, I must say, I have agreed with his assessment during our conversations. And, yet the signals of this being the very end of the age continue to accrue.

Socioeconomically, the end-times signals are prolific, with the whole world in economic distress. The 2008-2009 U.S. and international monetary crises were nothing short of earth-shaking. With the global financial structure intricately linked to the U.S. dollar and its economy, America’s banking meltdown and all attendant to it suddenly had the western nations in panic. The panic is unabated, despite America throwing trillions of dollars that don’t really exist into the fiscal fiasco.

Rioting in Greece, Spain, Italy, and other so-called “civilized” countries displayed in blatant fashion the economic turmoil. Rage over government-provided social services being withdrawn and jobs cut from government, along with unions losing their funding, caused - and continue to cause - withdrawal spasms like those suffered by addicts needing their heroin fixes.

The nations are in distress with perplexity, just as Jesus prophesied as recorded in Luke 21:25. There is a call for a rearrangement of the economic order. It is just such an order that will serve Antichrist’s dastardly regime as he sets about to enslave the world. His 666 numbers-and-mark system as found in Revelation 13:16-18 can be seen in the making in these very days in which we live.

The electronic means to produce such a system exists, too. The computer-satellite capabilities and linkages – with Internet connecting practically every place on earth - doubtless will be all brought together in some spectacular way to produce the Beast’s system of economic gulag.

Ironically, about the only area of the world that seems to be progressing economically is part of Asia – particularly one specific nation that almost certainly has a prophetic destiny. While the economic and technological apex nation of the world – the United States of America — is suffering, causing the other industrial nations and socialist countries to suffer, that great prophetic Oriental region of the world benefits mightily from the distress and perplexity. China holds much of the debt owed by the most economically powerful nation ever to exist!

China will almost certainly be the "king" of the "kings" of the east mentioned in Revelation chapters 9 and 16. It is even now apparently acquiring the level of wealth that will assure the accumulation of military strength with which to (along with demonic assistance of major magnitude) kill one-third of the world’s population (Revelation 9:15-16, 16:12).

It seems beyond irony that it is the U.S. that is funding most of the Sino-monster. It is the American technological/wealth base that has been primarily instrumental also in providing the financial wherewithal for paving Antichrist’s future kingdom. It is perhaps within these fiscal facts that can be found America’s own ultimate judgment for straying so far from the godly founding principles upon which it was based. Yet there is this strange silence of prophetic progression that bugs Todd and me. We will further examine the matter in this column.