It Takes a Court to Define Sin?

When a scandal breaks in the media, attention to previous scandals comes almost as a reflex. With accusations swirling around Atlanta’s Bishop Eddie Long, the media have turned back to Ted Haggard, who at the time of his own scandal was pastor of New Life Church in Colorado Springs, a large independent mega-church, and president of the National Association of Evangelicals. 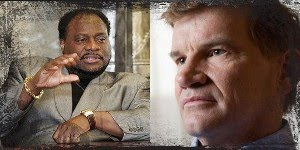 Haggard resigned in 2006 after a male prostitute accused him of paying for sex and buying drugs. Confronted by the media, Haggard admitted to “sexual immorality” with the prostitute. Just last year he admitted also to having engaged in “sexual immorality” with a male volunteer at New Life Church when the man was 22 - echoing the accusations against Bishop Long. In recent months Ted Haggard has started a new church in Colorado Springs.

What makes all of this so instructive are comments made in the press by both Ted Haggard and his wife, Gayle. In light of the accusations against Long, Haggard told AOL News:

In a legal context, that might have some cogency, but a church cannot possibly settle for this as a principle of how to deal with accusations of sin. The church does not need the courts to define either sin or its remedy. Haggard’s statement is particularly troubling given his own story.

On TV’s “Inside Edition,” Gayle Haggard said that Bishop Long “has been a great man. … He has done wonderful things. I hope they hold onto that knowledge as they try to understand what these allegations are about, if they are indeed true.”

The bizarre part of that statement is her encouragement to the church that it remember Bishop Long as a great man and “hold onto that knowledge as they try to understand what these allegations are about, if indeed they are true.”

Well, if true, I think we all know “what these allegations are about.”

Ted Haggard says he can empathize - The Atlanta Constitution

Failure to Deal With Sin in the Church - 1 Corinthians 5:1-13 - SpiritandTruth.org (Steve Lewis)