The Stench of Democratic Anti-Semitism

Where is the Anti-Defamation League when we need them?

So busy is the ADL persecuting people like me who believe Barack Obama should be required to demonstrate his constitutional eligibility to hold the highest office in the land that it is missing the kind of bigotry for which it was founded.

The ADL says it was founded "to stop the defamation of the Jewish people and to secure justice and fair treatment to all." I like that goal. I approve. It's one of my goals, too.

But the ADL long ago, under its current leadership, lost sight of its important role in fighting anti-Jewish bigotry and has become an arm of the Democratic Party – even when the Democrats display the ugliest forms of anti-Semitism. 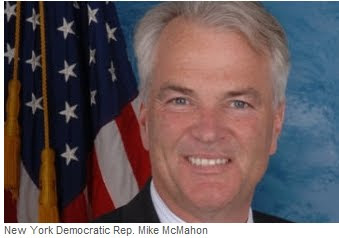 He compiled a file, labeled "Grimm Jewish Money Q2" for the second quarter fundraising period, showing a list of more than 80 names – some of whom reside outside the district that covers Staten Island and parts of Brooklyn. Of course, it's perfectly legal and appropriate for any American to donate to any political campaign whether they live in the district or not. McMahon doesn't allege any legal improprieties. He just wants to raise the specter of "Jewish influence" among those voters who might be impacted by such a slur.

"Where is Grimm's money coming from?" asked Jennifer Nelson, McMahon's campaign spokesman. "There is a lot of Jewish money, a lot of money from people in Florida and Manhattan, retirees."

By the way, McMahon did not say how he knew the names of those on the list were Jewish – or why anyone should care.

Do you get the picture?

"The fact that a U.S. congressman would separate out any group by religion or even by ethnicity is nothing short of outrageous," Grimm said. "This goes beyond politics."

I would certainly agree.

But what about the ADL?

Where is the ADL?

Where are those supposedly dedicated to fighting anti-Jewish bigotry?

Yes, the ADL issued a statement denouncing the McMahon campaign's slur – but quickly accepted his apology. He also made a sacrificial lamb of the staffer who released the list.

Yet, does anyone believe this list was compiled without McMahon's knowledge and approval?

I tell you that the most vicious forms of anti-Semitism are alive and well in America today inside the Democratic Party machine – inside the hearts and minds of people like McMahon.

What is going on here?

And why isn't this headline news from coast to coast?

The very term drips with anti-Semitic denotations and connotations.

McMahon should be viewed from this day forward as a fringe lunatic unworthy of anyone's consideration for a return to the House of Representatives.

Meanwhile, I'm putting the ADL on notice that it better get its act together.

Yes, anti-Semitism is alive and well in the U.S. and around the world in 2010. But the ADL continues looking in all the wrong places for the threat and ignoring the most obvious and blatant examples of this disease when it rears its ugly head.

Anti-Semitism from Morocco to France to America - Israel Today