The Kings of the East

The Jerusalem Post’s Caroline Glick is one of the few prominent journalists that have good sense in our world today. Her recent column outlining a major threat to Israel is dead-on.

From the moment of the American invasion of Iraq in 2003 — it seems a lifetime ago — it was clear that Uncle Sam’s blood and treasure gave the Iraqis a chance at something they have not had: freedom. Yet in the back of my mind, even as Israel’s Ariel Sharon and others expressed hope that a new day could dawn between Iraq and Israel, I have felt a sense of foreboding.

The neighbors to Israel’s east have always been a menace, whether in ancient times or now. During the Yom Kippur War of 1973, in which Iraq did not take part in the overall invasion as they had done in 1948, the country still sent a brigade to the north, to assist the Syrians.

Of course, the history under Saddam Hussein was one of continuous threats; Saddam, like many Middle East dictators, fancied himself as the one who would eliminate the world’s “Jewish problem.”

So when Saddam was deposed by the magnificent American army, it seemed there was the possibility of brighter days ahead. Again, though, a shudder went through me when Sharon expressed this hope in public. Surely the wily old general, who knew the Arabs only too well, actually believed the threat had vanished?

As Caroline wrote this week, when the last American brigades pulled out: “The Iraq they withdrew from has no government.”

Too often we put our trust in geopolitics, which in point of fact is the epitome of instability. Turkey is our best example of this. Until very recently, the Turks were relatively friendly to Israel and the West. Today, they stand poised to follow Iran as an Islamic caliphate. Literally overnight, Turkey is now a threat, which makes Gog/Magog not only plausible, but likely.

Iraq is not stable and likely won’t be. Now that they have been removed as a threat from the Iranians, the mullahs of the new Persian Empire have a free hand in the region. In 2003, it seemed desirable to remove Saddam, but there is something to be said for leaving relatively unstable regimes in place, if for no other reason but that they are a menace and deterrent to each other.

In Iraq, one can also never be sure that any “leader” is remotely friendly to Israel. Prime Minister Nouri al-Maliki…who knows his true feelings? In fact, one should assume they are all hostile.

It is a little-known fact that Jordan’s King Hussein desperately tried to warn Israel’s Golda Meir about the intentions of Egypt and Syria early in 1973, even flying himself to a night-time, desert locale to meet with the Israelis. Hussein was perhaps the closest thing Israel will ever have to a “friend” among the Arabs. He might have foolishly taken part in the Six Day War, but he knew very well that Israel helped protect him and, again, in certain situations, he reciprocated.

But Husseins are in short supply in the Middle East. Even his son and successor, King Abdullah, is a self-serving tinhorn dictator who comes off as elegant and regal. Don’t believe it, he is as much a part of the old Arab tribal fabric as one could imagine. He is no friend of Israel. His Iraqi neighbors are part of the same makeup. 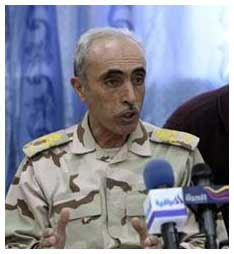 A senior Iraqi military official, Lt. Gen. Babakir Zebari, has stated that Iraq’s forces won’t be able to fully defend the country until 2020! For one thing, the ongoing Sunni/Shia civil war promises instability for a long time to come. Al Qaida and Iran are the main beneficiaries of this strife.

In the region, we have two very different realities playing out. On the one hand, the region’s geopolitics are tied to the roles of America and Iran. The U.S. has had a presence in the region since the administration of Thomas Jefferson, often of course with mixed results. Once we pull out of Iraq, Iran will fill the vacuum and menace all its neighbors. I maintain that the threat Iran poses is ultimately a problem not only for the U.S., but also to Europe and Russia.

The Iranians are not a long-term threat to Israel, and here I touch on the second reality: biblical prophecy. Modern geopolitics and Bible prophecy are meeting for the first time, and the issue of Israel’s security is separate, I maintain, from other matters, such as the safety of the rest of the world.

Israel has been promised survival by the Lord of history. The rest of us are essentially on our own, and Scripture tells us that all the nations of the world will be judged specifically on how they treated the Jews.

This is why I maintain that the worries over how Iraq or Iran, or Lebanon will deal with Israel are largely irrelevant. God will take care of that.

But key geopolitical mistakes, many of them made by the U.S., will threaten the rest of us for a long time to come. It was the Reagan administration that pulled out of Lebanon, leaving a void that was filled by the Syrians and the Iranians. Reagan also recognized the PLO, and publicly castigated the Israelis for bombing the Iraqi reactor at Osirik.

If our most popular president did that, what does that say about America’s eventual outcome?

Iraq is going to be a “threat” to Israel, just as Iran is, and Lebanon, etc. But a unique thing is coming: the Creator is going to intervene for His people.
The rest of us will fend for ourselves.

Army of diplomats takes the lead in fractious Iraq - AP