Schwartz also coordinated meetings on behalf of Obama's transition team with a group that advocates placing more blue United Nations helmets on U.S. troops and coercing the U.S. to join the U.N.'s International Criminal Court, which could prosecute American citizens and soldiers for "war crimes" and other offenses.

A 2009 report by Cliff Kincaid, president of America's Survival Inc, warned joining the International Criminal Court "could spark a revolt in the U.S. Armed Forces."

In a separate posting, Kincaid wrote, "Schwartz and his associates are clearly laying the groundwork for the Obama Administration's acceptance of and membership in the International Criminal Court."

Prior to his appointment to the State Department last year, Schwartz served as executive director of the U.S. Connect Fund, a Soros-funded and affiliated organization. The group promotes global governance and states on its website its mission is to influence "policy through integrative collaborative grant making on human rights, non-proliferation, climate change and development, and effective foreign assistance."

The Connect Fund provides grants to pro-U.N. groups such as Human Rights First, which states it used top military brass to secure U.S. politicians' commitments against torture. Another grantee, the Center for Victims of Torture, produced a draft executive order against torture endorsed by prominent national security figures. Months later, a virtually identical executive order was issued by Obama. 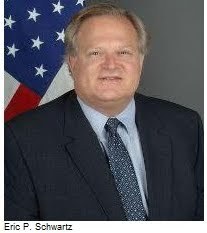 Schwartz previously worked under Bill Clinton's national security adviser, Sandy Berger, in a position, he boasted on his Connect Fund website bio, that allowed him to initiate and manage "the White House review that resulted in U.S. signature of the Rome Statute of the International Criminal Court," which would subject U.S. citizens to international prosecution for "war crimes."

Later, President Bush's U.N. ambassador, John Bolton, led the effort for the U.S. to pull out of the International Criminal Court, a victory Bolton touted as the "happiest moment" of his political career until that point.

Schwartz's assistant at the Connect Fund, Heather B. Hamilton, who now serves as senior policy advocate at the fund, led the group's efforts to lobby against Bush's appointment of Bolton.

While Schwartz was serving Obama's transition team as adviser on U.N. issues, he coordinated several meetings with the Washington Working Group on the International Criminal Court, which wants the U.S. to re-enter that agreement.

The Working Group is a project of the Citizens for Global Solutions, or CGS, a grassroots organization that envisions a "future in which nations work together to abolish war, protect our rights and freedoms and solve the problems facing humanity that no nation can solve alone."

On a CGS blog post that has since been removed but was documented by Kincaid's organization, the group says that in a meeting with Schwartz, it not only discussed more U.N. helmets on U.S. troops, but also asked of Obama: