Following Rahm Emanuel's advice, the Obama administration is certainly not letting the Gulf oil crisis go to waste. The BP catastrophe is just what Obama needed to justify pushing his irresponsible energy policy on a weary nation. Obama wants to stop using fossil fuel in favor of more exotic alternative energy sources. He doesn't seem to know, or care, that there is no alternative energy technology that can meet the current energy demand. His actions suggest that if enough tax-generated government subsidies are applied, the technology will emerge.

His recent visit to Smith Electric Vehicles in Kansas City proved to be a dog and pony show to try to convince the nation that his $32 million grant to the firm to produce 500 trucks was well spent. This is a direct subsidy from taxpayers of $64,000 per truck, which, when offered in the marketplace, will still cost twice as much as a comparable nonelectric vehicle. This comes on the heels of a $2 billion grant to subsidize two solar plants. 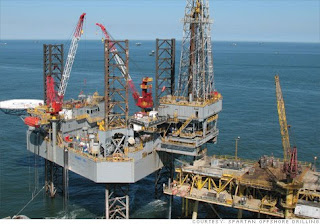 So strong is his desire to wean Americans off fossil fuel that he immediately issued a six-month moratorium on drilling in the Gulf of Mexico. The order was issued as a safety precaution even though the 50,000 well holes drilled in the Gulf since 1947 have leaked far less oil than has been released through natural seepage. As tragic and expensive as the BP spill may be, its impact on the economy can't be compared to the loss of oil production from the Gulf.

Obama was only 12 when OPEC decided to turn off the oil faucet to the United States in 1973. At the time, OPEC supplied only about seven percent of our oil. Nevertheless, gasoline prices more than doubled, and supplies were sporadic, at best. Long lines formed at every gas station; cars with license plates that ended with odd numbers were allowed to purchase gas on Mondays, Wednesdays and Fridays. Cars with plates ending in even numbers could buy only on the other days of the week.

Oil from the Gulf supplies nearly ten percent of our petroleum requirement. By turning off this faucet, the price of gasoline will skyrocket, perhaps doubling, as it did in the 1970s.

Despite two court rulings against Obama's moratorium, he continues to insist that no drilling will be allowed. By refusing to issue permits, the Obama administration has effectively stopped Gulf oil production regardless of the courts' rejection of his moratorium.

The first wave of economic impact is already spreading across the 35,000 families that are directly employed by the Gulf oil industry. Each oil-rig worker provides employment for three additional people who work in supporting industries. These jobs, too, are evaporating. The deepwater rigs cannot simply sit and wait in hopes that Obama might change his mind. The daily cost for a rig to sit and wait is about $600,000. Diamond Offshore has already announced that its Endeavor rig is moving to Egyptian waters. More will surely follow. Once these rigs are out of the Gulf, they will not soon return.

The second wave of economic impact will begin when prices at the pump begin to rise. Remember the spike in gas prices when Hurricane Katrina shut down a few rigs for a few weeks. Now, imagine what the effect will be when there are no rigs in the Gulf, for the foreseeable future.

A responsible administration and Congressional leadership would do whatever is required to fix the BP problem in the Gulf without shutting down domestic oil supplies. Next, they would open domestic reserves, on land and in the oceans, to environmentally safe development. A president who is more interested in his citizens' well-being than in advancing his own agenda would not try to force his citizens to use exotic alternative energy that costs much more than petroleum. It is apparent, of course, that Obama's first concern is his own agenda, regardless of what the people or the courts may say.

If America is to survive as the land of the free, it is imperative that the current leadership in Washington be removed and replaced with people who believe in the principles of limited government, free markets, private property and individual freedom. Two years of leadership by the Obama-Reid-Pelosi trinity demonstrates contempt for these principles. The only reward worthy of their service is early and absolute retirement.