U.S. Should Not Deport 'Son of Hamas'

Mosab Hassan Yousef, author of the New York Times best-selling non-fiction book, Son of Hamas, will be speaking by videotape at the 2010 Epicenter Conference next week. But I can’t wait until then to tell you the latest that is happening with him. He needs our prayers. 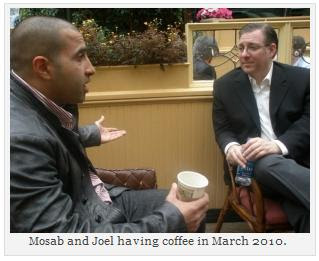 The U.S. Department of Homeland Security may soon deport Mosab back to the West Bank where he very well could be assassinated. He is scheduled for a DHS hearing on June 30th that could decide his fate. U.S. officials believe his previous leadership role in Hamas is too great a risk to give him political asylum here in the States. But they are not properly assessing the totality of his story and the situation.

Here are the facts:

I have gotten to know Mosab over the last 18 months and am convinced he is the real deal. I am, therefore, asking you to pray faithfully and consistently in the following ways: