President Obama delivered on his promise to reboot America’s sagging overseas image but it came at a high price. He exchanged overseas popularity for policies that make America less secure. 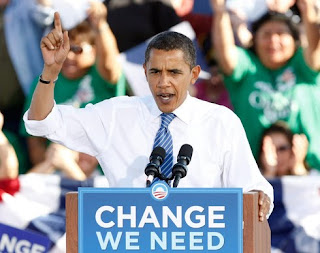 On the presidential campaign trail, Obama promised he would “reboot America’s image” around the world. The American public’s satisfaction with its popularity in the world fell from a high of 70% in 2002 to a low of 30% in 2008. But under Obama, favorability ratings are sharply up while our security is falling.

A survey by the Pew Research Center found that in 16 of the 22 countries surveyed, people expressed at least some confidence in Obama to do the right thing in world affairs.

His approval ratings were highest in Western Europe, particularly Germany (88%), France (84%) and Great Britain (64%). Obama’s high favorability scores lifted foreign public views of America in general. Russian ratings of America increased 13 percentage points over the previous year to 57% and 58% of Chinese respondents said they had a favorable view of the United States.

But Obama’s “reboot” efforts aren’t working in the Islamic world. The survey found only 17% of Muslim publics expressed a positive opinion of America with Pakistani Muslims expressing the least faith at 8% compared to 13% last year. The survey canvassed 25,000 people between April 7 and May 8, 2010, and has margins of error that range from plus or minus two percent to plus or minus five percent.

Former Secretary of State Madeleine Albright explained why foreign opinion matters. “Doing hard things is trying to gain consensus,” Albright said. “The United States is indispensable, but there’s nothing in the definition of indispensable that says alone.” Albright is a co-chair for the Pew Global Attitudes Project which conducted the 22-nation survey.

“No matter how strong we are, the United States cannot do everything itself,” Albright explained. She emphasized that global public opinion affects America’s ability to pursue its national interests worldwide on issues like countering nuclear proliferation.

Obama’s actions are dangerous because they will likely export terrorists to American shores, eliminate some effective interrogation options that are questionably “torture” and chill our agents’ ability to operate in the field.

Obama pleased European elites and won the Nobel Peace Prize after announcing his goal of eliminating nuclear weapons. His first step toward attaining that lofty goal was to reverse Bush’s decision not to seek a new arms deal with Russia.

Obama struck an arms deal that pleased the cash-strapped Russians. The new arms treaty reduces both our atomic arsenals and dramatically downsizes America’s launch platforms — missiles and bombers, which limit our global capabilities. The treaty also allows the Russians to continue to modernize their missiles and produce new weapons but Obama’s 2010 Nuclear Posture Review, the administration’s policy on atomic weapons, virtually abandons the nuclear use option and promises America won’t produce new weapons or further test its existing arsenal.

The Russians were also pleased Obama scrubbed Bush’s plan to install an anti-ballistic missile defense system in Europe to counter Iran’s missile threat. The Washington Times reported the Obama Administration is secretly working with Russia to conclude an agreement that will further limit U.S. missile defenses. But Secretary of Defense Robert Gates recently testified, “If Iran launched missiles on Europe, it wouldn’t be a handful but a salvo.” He underlined the importance of an anti-missile system to meet the Iranian threat, “especially if we fail to stop them [from] getting nuclear weapons.”

Mr. Obama pleased many foreign publics when he sought to diplomatically “reset” relations with Iran hoping to peacefully deny that nation atomic weapons. But the President’s diplomacy failed and now he hopes a fourth round of UN trade sanctions will convince Iran to cooperate. Those sanctions are not strong enough to force Iran to capitulate which means Tehran could become an atomic-armed power — which should please very few — that is unless Obama takes military action which is unlikely.

North Korea defied Obama’s diplomatic “reboot” by testing a nuclear weapon, firing long-range missiles, kidnapping two American journalists and sinking a South Korean warship. To please the Chinese, Obama asked them to help tame Pyongyang’s dictators, but to no avail. The Communist rogue is arguably more dangerous than ever, but at least the Chinese gave Obama high marks for trying.

Obama tried but so far has failed to win support among the Islamic world with speeches and a get-tough approach on the Israeli-Palestinian peace talks, but all the toughness was aimed at Israel. Last summer in Cairo, Egypt Obama argued the U.S. relationship with the world’s Muslims “cannot and will not be based upon opposition to terrorism.” He pleased the Muslim world when he dropped the use of the term “radical Islam” or “jihad” from government publications because as his spokesman explained, we don’t want “to validate the perception that Islam somehow justifies their violent actions.”

The list of Obama security-for-popularity trade-offs include issues close to home. He eased the U.S. travel ban and embargo on communist Cuba, but Havana predictably has done nothing to liberalize its oppressive policies. Mexico’s public is rabidly opposed to Arizona’s illegal immigrant law. Earlier this month, Secretary of State Hillary Clinton reportedly told a television station in Ecuador the administration intends to challenge the law in court, which Fox News independently confirmed with an administration official. Overturning the law would please the Mexicans and allow more illegal immigrants to flood into the U.S.

Obama’s “reboot” campaign naively endorses the view that giving foreign publics what they want boosts America’s popularity and somehow earns America cooperation. We would be better served if Obama embraced Machiavelli’s dictum “It is much safer to be feared than loved” as opposed to the President’s unspoken dictum “Make love not war.”