A fellow took exception last week to a column I’d written for WorldNetDaily, in which I pointed out the obvious: international media are biased against Israel.

“What have you been drinking?” he spat in an email.

This type of response reminds me that we are living in bizarre times. The level of deception / disinformation / misinformation is breathtaking, as my friend Joe Chambers would say. 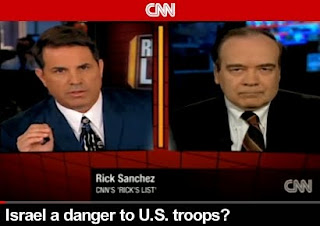 Media bias against the Jewish state is clearly a reality, and a menacing one at that. The late, great David Lewis used to refer to this as the “attack of the Media-ites.” David could always turn a phrase, and make a great point doing it. He had observed media bias at least since the days following the Six Day War.

When Menachem Begin became Israeli premier in 1977, sweeping the Likud Party to power, Time magazine ran a profile on him. In order to help readers with the pronunciation of Begin’s name, the writer stated that the Jewish leader’s last name “rhymes with Fagin,” a malevolent reference to the Jewish stereotype immortalized by Charles Dickens.

That happened 33 years ago and I still marvel at the brazenness of that writer, who would have felt at home in 15th century Spain, or 1935 Germany. The reference in Time was outrageous; why didn’t the writer say, “rhymes with Reagan”? Surely the presidential candidate and actor was more well-known than the Oliver Twist character of the 19th century.

Why did the Time writer refer to Begin that way? Because he/she was an anti-Semite, pure and simple.

In this weird age in which we live, Bible believers are confronted with a whole host of challenges, on a daily basis. A relatively new one is defending obvious truths. Next week, I’ll detail my June 19th debate with Gary DeMar, as we discuss the question, “Is modern Israel a fulfillment of Bible prophecy?” There was a time when one might as well have debated, “Is the sky blue?”

Now, when there is overwhelming, crushing evidence that media are biased against Israel, we are confronted with people who say, “No, they aren’t.”

Do you see? This confrontation with truth is insidious, since it causes too many people to become confused with competing views. This is but one front in the war against Israel.

One has only to look at the UN Security Council to know that we live in an upside-down world. On this absurd council, grotesque dictatorships like Syria sit like smiling jackals, gleeful that Israel is barred from the Security Council!

The recent flap over the anti-Jew rant by Helen Goebbels Thomas is the tip of the iceberg. Legions of reporters the world over do not like Jews or the Jewish state; most are too smart to let their hubris show, as the mendacious Thomas did. These media types share their bias with political leaders, entertainment figures, and business icons. In other words, the infamous and false “Jewish conspiracy to control the world” is in fact the exact opposite: there are forces of evil so powerful in our world today, one realizes that without the Lord’s intervention, Israel would be long gone. Thankfully, He has vowed to preserve them for all time.

Then there are the lies of omission, in which the media purposely fails to report rich context in stories such as the flotilla raid. What do you think the odds are that NBC’s Brian Williams, or any NPR reporter would tell you about Melkite Bishop Hilarion Capucci, Not only was the “good” bishop part of the “humanitarian” convoy bound for Gaza, he presented his cockeyed worldview to Reuters:

"Our trip to Gaza was a trip of love and God was with us. Israel by its actions had rightly drawn world outrage over its brutality against unarmed people carrying a message of love to an innocent occupied people under siege," Capucci said.

In case you were wondering, yes, the world is insane.

Further, the “good” bishop Capucci was caught in 1975 helping smuggle arms from Lebanon into Judea and Samaria. He has meddled in plenty of anti-Israel activity ever since.

One of the many lies told about Israel regularly involves accusing the Israelis of denying humanitarian aid to Palestinians in Gaza. A favorite is an obvious one: medicine doesn’t reach children.

This is a bald-faced lie, as Israel regularly in fact ensures that such shipments arrive. However, one of the founders of the International Solidarity Movement, Huwaida Arraf has told the BBC that Israel denied aid to needy Gazans. Read Andrea Levin’s report for the truth (www.camera.org/index.asp?x_context=3&x_outlet=12&x_article=1871).

The BBC routinely airs such “interviews”; the British rarely turn down an opportunity to bash the Jews.

Across the pond, the pattern of anti-Israel bias is just as odious. The seemingly affable Tom Brokaw put this on display during an interview with Barack Obama at the Buchenwald death camp, June 5, 2009. Brokaw asked the following:

“What can the Israelis learn from your visit to Buchenwald and what should they be thinking about their treatment of Palestinians?”

To Obama’s credit, he provided a superb and piercing answer:

“Well, look there’s no equivalency here. The Holocaust is sui generis and I would not presume to ever try to suggest to Jews how to think about the Holocaust.”

(It’s too bad Obama otherwise reveals his dislike of the Jewish state.)

And if you think erstwhile conservative venues are much better, think again. During a March 26, 2010 appearance on “Fox and Friends,” Geraldo Rivera ranted about Israel’s alleged foot-dragging during the peace process:

“I don't think Bibi Netanyahu has any intention of making a two state solution peace with the Palestinians. I think he has no intention of ever yielding east Jerusalem. I know it's very difficult for my fellow Zionists and lovers of Israel to get our arms around what is a clear cut agenda. I think what has been revealed by this snub of Joe Biden when he went over there is far more profound than people credit. I think that what has been revealed is the policy of the Netanyahu government never to make peace with the Palestinians based on a two-state solution, never to give up Jerusalem, never, ever ever and, you know, for them to go through the machinations or continue to point to the Iranian threat as their priority is just to divert attention from the fact that there will never be under a Netanyahu or a Likud government any kind of a two state...“

This kind of idiocy passes for journalism today.

The thing is, though, these and other facts can be presented to people such as the fellow who emailed me last week…and it won’t matter. The sad truth is, many, many people in our world today do not like Jews.

It’s enough to drive one to drink.