The leftward march of liberal Protestantism is hardly news, but on occasion a development arises that serves as something of a parable of that trajectory. Such is the case this week with news from California that the Claremont School of Theology, a school historically related to the United Methodist Church, is transforming itself into a multifaith center for the training of clergy. 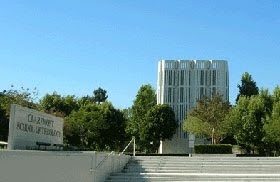 In a press conference held on June 9, leaders of the school formally announced the “University Project,” which will involve the addition of programs to train Muslim imams and Jewish rabbis. Programs to train Buddhist and Hindu religious leaders are to be added in the future.

The school’s Board of Trustees voted back in 2008 to inaugurate the program. A statement from the school explains that this vote “set in motion the University Project as a means to rethink classical models of theological education in an effort to promote interreligious cooperation and ethical integrity in the training of religious leaders for a variety of religious traditions, including Judaism, Christianity, Islam, Hinduism, Buddhism, and others.”

David Roozen of the Institute for Religion Research at Hartford Theological Seminary told The Los Angeles Times that Claremont’s plan is “really kind of a creative, bold move.” He also suggested that liberal Protestants have been moving toward more expansive multifaith dialogue — a dialogue he described as on a continuum alongside race, gender, and sexual orientation. “Multifaith is the new ‘other,’” he told the paper. “It’s kind of the next step.”

The next step toward what? In a sense, the announcement from Claremont is indeed just a “next step” along a leftward progression set decades ago. Liberal Protestantism long ago grew embarrassed by the exclusive claims of biblical Christianity and the historic Christian faith. Adopting pluralist and inclusivist reconstructions of the faith, liberal theologians and theological schools have been pressing the margins for over a century now. Given that trajectory, a multifaith theological seminary was an inevitability — the only question was when and where it would happen.

Claremont answered that question this week. The University Project at Claremont is not to include programs to train Muslim clergy in cooperation with the Islamic Center of Southern California and programs to train Jewish rabbis in concert with the Academy for Jewish Religion-California.

As The Los Angeles Times reported, the Academy for Jewish Religion-California illustrates the predicament the new Claremont model is likely to encounter. Rabbi Mel Gottlieb, the Academy’s president expressed his excitement about the Claremont plan, but the paper added:

“The academy is open to Jews from all four of the major branches of the religion, but Gottlieb conceded that Orthodox Jewish graduates do not qualify for ordination as Orthodox rabbis, and few graduates wind up leading major congregations of any branch.”

Those words point to the reality that the students who will be drawn to these programs will be, by definition, students who are looking for a multifaith theological education. The spirit of inclusion that underlies this project is, as in the larger ecumenical and interfaith movements, an inclusion of the fellow liberal-minded.

It says a great deal that Orthodox Judaism already rejects graduates of this program for ordination as rabbis. It is even more telling that the paper reports that “few graduates end up leading major congregations of any branch.”

The United Methodist Church is decidedly unexcited about the plans announced by the Claremont School of Theology. Earlier this year the denomination’s University Senate voted to withhold its contribution to the school, citing “a substantial reorientation of the institution’s mission.” Nevertheless, the loss of this funding (approximately $800,000 this year) is offset by a $10 million pledge from others. Claremont President Jerry Campbell expressed optimism that the church would restore the school’s funding.

Mark Tooley, President of The Institute on Religion and Democracy, said that the school’s action meant that it “seems to be moving away from its responsibility to the United Methodist Church.” He added:

“it almost seems that they’re trying to fulfill the stereotype that many in the church have of liberal Methodism on the West Coast.”

In a subsequent interview, Tooley, a United Methodist, pointed out that the United Methodist Church has lost nearly half of its membership on the West Coast. He attributed the school’s new plan to a combination of market pressures and theological liberalism. He also expressed doubt that the model would prove a success. “Will Muslims, Hindus and Buddhists want to study theology at a declining, liberal Mainline Protestant seminary?”

Indeed, Claremont has been defining liberal Protestantism for decades, serving as a center for the development of process theology and other revisionist movements in modern theology. This latest move falls right in line with that trajectory.

“The old nostalgic ways of religious life that perpetuate competitive denominationalism no longer meet the realities of our new religiously plural America.” In modern America, he said, “the hard boundaries of religious identities begin to diminish.”

What this implies, of course, is that ministers, priests, rabbis, and imams, along with Buddhist and Hindu spiritual leaders, are just different varieties of clergy and that the different religions are just brand names for different traditions.

As The Los Angeles Times noted, this “upends centuries of tradition.” Actually, it upends far more than that, as a paper seems to imply:

“Most of those involved in the project acknowledge that there will be difficulties. There are those in every faith who believe that theirs is the only true way, a position that could lead to obvious tension. Many Christians believe they have a duty to try to “save” those who have not accepted Jesus as their savior.”

Well, at least the newspaper seems to understand something of what is at stake, even if it has to offer a rather awkward explanation to its readers. Biblical Christianity stands or falls on the exclusivity of the Gospel of Jesus Christ and the command of Christ in the Great Commission.

This move by the Claremont School of Theology illustrates what happens when churches and denominations allow their institutions to embrace theological liberalism. Watch this development carefully. Claremont may be the first multifaith seminary, but it will almost surely not be the last.

Aren't all religions the same? Is Christ the only way to God? - FaithFacts.org