Why This Summer Could Change the World

There is always Middle East conflict and war is frequently breaking out in that region. Why could a forthcoming war change the world? A little too sensational, you say? When the "epicenter" is involved, always pay attention. While the situation in the Middle East is generally unstable, it could move to the disaster zone this summer or fall. 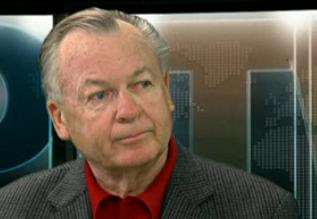 Major General Paul Vallely is a wise military man. He has been a guest on my radio program, "Understanding the Times." He is now making a media circuit warning anyone who will listen that dark storm clouds are on the horizon in the Middle East. He has gotten information, it would seem, from Israel because what he is sharing is detailed. He surely hasn't gotten it from the Obama administration who is a part of the legions of nations deceived that if only Israel would go away, there would be world peace.

We're back to the term an "axis of evil." This axis is scheming to wipe out Israel and the nations include Iran, Syria, Russia, and the biggest player, Hezbollah which operates in south Lebanon. Israel went to war with Hezbollah in 2006. It was half-hearted even though the destruction on both sides was major. According to Vallely's sources, the Iranians are working with Syria and Hezbollah and are planning a pre-emptive strike soon to stop Israel's expected pre-emptive move against Iran. What a chess board! This operation is coming down to the wire. Sources say the chaos will begin in a few weeks to a few months. It is all based on the fact that Iran is now set to go with her nukes and most of them are pointed at Israel.

Here is the startling news: Just weeks ago a Soviet sub docked in Beirut, Lebanon. It was flying the Iranian flag. Workers on the sub were seen to be wearing masks suggesting that they were unloading something chemical. And it was likely a weapon or weapons of mass destruction.

But Hezbollah has extensive plans that go beyond this. The potential Hezbollah offensive includes chemically armed SCUD missiles with a 450 km range, preemptive strikes on Israeli air fields, and a wave of tunnel attacks that cross from Lebanon into Israel. There are some 60,000 rockets and missiles in south Lebanon hiding in houses, orchards, and miscellaneous buildings. Some of these are advanced scuds which have the capability to hit every city in Israel. The intention is to rein terror on Israel with maximum damage. Israel has been giving out gas masks - a procedure that has become all too frequent.

Major Vallely states that Israel's jets and airstrips are in the sites of the enemy. Hezbollah and other participants in this forthcoming battle want to make it impossible for Israel to strike anyone by air. Vallely has highlighted possible chemical weapons of mass destruction, thousands of scud missiles, tunnels, and neutralizing Israel's fighter jets. It seems all the bases have been covered. And don't forget the "martyrs." The enemy is stocking up on young men and women who will joyfully place themselves in positions where they can self-detonate with maximum damage. They will likely use the tunnels as well.

So what does Washington think of Hezbollah? John Brennan, assistant to US President Barack Obama for homeland security and counterterrorism, told a Washington conference on Tuesday that Lebanese terrorist militia Hezbollah has evolved significantly over the years, and cannot today be defined as a purely hostile and evil entity.

Reuters quoted Brennan as telling conference participants that Hezbollah is a "very interesting organization" that has evolved from a "purely terrorist organization" into a movement that now boasts members of parliament and even cabinet ministers. Brennan states, "I'm glad to see that Hezbollah is renouncing terrorism and violence..."

Oh, really? Is this deception, delusion, or bold-face lies?

The kind of an attack outlined in this article will force Israel to strike back with ferocity. If chemical weapons are dumped on her, she will have to use her own weapons of mass destruction. We have the makings of a disaster in the Middle East and the fall-out will be felt around the world. A Jew will not be safe anywhere. A friend of Israel may not be either. Don't expect any help or comfort from the White House or State Department. Israel is their sacrificial lamb.

So she is on her own - except for God. This is good! He won't let her down. God has a covenant with Israel that is repeated throughout the Bible. A prominent passage is Genesis 17:6-8. God is not just a covenant maker - He is a covenant keeper! Take that to heart, Christian. With God on our side, that is a majority!

The Jews were irresponsible with their slow reaction to the warnings of the 1930s and 1940s and the results were catastrophic. Over one-third of European Jewry was annihilated. They made a second mistake in 1973 when Israel was caught off guard in the Yom Kippur War. On a smaller scale, Israel has made mistakes in lesser wars such as with Hezbollah in 2006. She was forced to fight with one arm tied behind her back and few ground troops. When she doesn't finish the job, her enemies return and everything is more deadly. Had she finished the job properly with Hezbollah in 2006, we might not have the scenario building that is outlined here.

The Western world is myopic. At best they give a gigantic yawn as it concerns issues that are far away from home. Besides, people are struggling with their own problems and they feel they cannot take on more catastrophes. But a major Middle East war will shake up the world so come out from under your denial blanket if that's where you are. At the very least, pray about this volatile issue. Inform others. Ask your pastor to give a message on the importance of Israel. At the same time, show compassion to the Arab world who is steeped in a religion that encourages their followers to die for Allah. Many disillusioned Muslims are coming to faith in Jesus Christ.

The biggest weapon being used by Satan is ignorance. Most people have not a clue as to the historical issues surrounding Middle East conflicts. Most Christians do not know that the term "Palestinian" was never used before the mid-1960s when Yasser Arafat coined the term. There is so much historical revisionism that has taken place it is a wonder anyone can figure out the complexities of the Middle East. I encourage you to take a look at a DVD I made two years ago entitled Myths and Facts About the Middle East. This explains some of misconceptions.

The speed with which end-time related events are breaking is staggering. You were born for such a time as this and you are an intricate part of God's plan for this generation. See these trying times as a gift from God to you: He trusts you to serve Him at this time.

Ahmadinejad's associate: If Israel attacks, we will destroy it within week - YNET News

US envoy ends round of Israel-Palestinians talks - AP