The Democratic Party is feeling the heat for US President Barack Obama's hostility towards Israel. In an interview with Channel 10 earlier this month, Democratic Party mega-donor Haim Saban characterized the Obama administration as ideologically aligned with the radical Left and harshly criticized its treatment of Israel.

Both Ma'ariv and Yediot Aharonot reported this week that Democratic congressmen and senators are deeply concerned that the administration's harsh treatment of Israel has convinced many American Jews not to contribute to their campaigns or to the Democratic Party ahead of November 2's mid-term elections. They also fear that American Jews will vote for Republican challengers in large numbers.

It is these concerns, rather than a decision to alter his positions on Israel specifically and the Middle East generally, that now drive Obama's relentless courtship of the American Jewish community. His latest move in this sphere was his sudden invitation to Prime Minister Binyamin Netanyahu to visit him at the White House for a "warm reception" in front of television cameras next Tuesday. 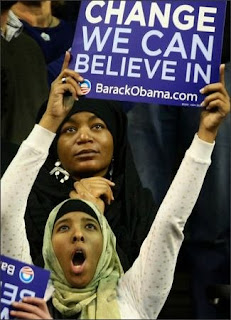 It is clear that electoral worries rather than policy concerns are behind what the White House has described as a "charm offensive," because since launching this offensive a few weeks ago, Obama has not changed any of his policies towards Israel and the wider Middle East. In fact, he has ratcheted up these policies to Israel's detriment.

Take his goal of ridding the world of nuclear weapons. On Friday, the UN's monthlong Nuclear Non-Proliferation Treaty Review Conference is scheduled to adopt a consensual resolution before adjourning. According to multiple media reports, Israel is set to be the focus of the draft resolution that will likely be adopted.

The draft resolutions being circulated by both Egypt and the US adopt Egypt's demand for a nuclear-free Middle East. They call for a conference involving all countries in the region to discuss denuclearization. The only difference between the Egyptian draft and the US draft on the issue is that the Egyptians call for the conference to be held in 2011 while the US calls for the convening of the conference in 2012-2013. The draft resolution also calls for all states that are not members of the NPT - Israel, India, Pakistan and North Korea - to join the NPT as non-nuclear powers.

So while Iran is not mentioned in the draft resolution - which must be adopted by consensus - in two separate places, Israel's purported nuclear arsenal is the target of an international diplomatic stampede.

In 2005, Egypt circulated a draft resolution that was substantively identical to its current draft. But in stark contrast to today's conclave, the NPT review conference in 2005 ended without agreement, because the Bush administration refused to go along with Egypt's assault on Israel.

Particularly in light of Iran's nuclear weapons program and the Iranian regime's expressed goal of destroying Israel, the Bush administration preferred to scuttle the conference rather than give any credence to the view that Israel's purported nuclear arsenal is a greater threat to global security than Iran's nuclear program - which, as in today's draft, wasn't mentioned in Egypt's resolution five years ago. The Obama administration has no problem going along with Cairo.

Obama's willingness to place Israel's nuclear program on the international agenda next to Iran's is par for the course of his utterly failed policy for contending with Iran's nuclear program. After his diplomatic open hand policy towards Iranian President Mahmoud Ahmadinejad was met with a clenched fist, Obama's attempt to convince the UN Security Council to pass "smart sanctions" against Iran has been checkmated by Iran's nuclear deal with its newest strategic allies, Turkey and Brazil.

That deal, which facilitates rather than impedes Teheran's nuclear weapons program, has ended any prospect that the Security Council will pass an additional sanctions resolution against Iran in the near future. But then, in order to secure the now weakened Russian support for his sanctions resolution, Obama exempted Russia from the sanctions and turned a blind eye to continued Russian and Chinese nuclear proliferation activities in Syria, Turkey and Pakistan. Furthermore, Obama agreed to make most of the remaining provisions non-binding.

As part of the administration's attempt to woo American Jews back into the Democratic Party fold despite its anti-Israel policies, last week a group of pre-selected pro-Obama rabbis was invited to the White House for talks with Obama's chief of staff Rahm Emanuel and with Dan Shapiro and Dennis Ross, who hold the Palestinian and Iran dossiers on Obama's National Security Council, respectively. According to a report of the meeting by Rabbi Jack Moline that has not been refuted by the White House, the three men told the Democratic rabbis that the administration has three priorities in the Middle East. First Obama seeks to isolate Iran. Second, he seeks to significantly reduce the US military presence in the Middle East, particularly in Iraq. And third, he seeks to resolve the Palestinian conflict with Israel.

These priorities are disturbing for a number of reasons. First, isolating Iran is not the same as preventing Iran from acquiring nuclear weapons. By characterizing its goal as "isolating" Iran, the administration makes clear that preventing Iran from acquiring nuclear weapons is not its goal. Moreover, as Iran's deal with Brazil and Turkey makes abundantly clear, Iran is not isolated. Indeed, its foreign relations have prospered since Obama took office.

In his write-up of the meeting, Moline indicated that Ross and Emanuel view Obama's rejection of Israel's right to build homes for Jews in Jerusalem as motivated by his goal of isolating Iran. So in the view of Obama's Jewish advisers, his preferred method of isolating Iran is to attack Israel.

Add that to his third priority of establishing a Palestinian state by the end of next year and you have a US president for whom bashing Israel is his first and third priority in the Middle East.

When one factors in his willingness to put Israel's purported nuclear arsenal on the international chopping block, it is clear that there is no precedent for Obama's hostility towards Israel in the history of US-Israel relations.

This brings us to Obama's meeting next Tuesday with Netanyahu. Obama's continued commitment to his anti-Israel policies indicates that there are two possible scenarios for next week's meeting. In the best case, the meeting will have no substance whatsoever. It will be nothing more than a public display of presidential affection for the Israeli premier.

The more likely scenario is that Obama will use the meeting as an opportunity to pressure Netanyahu not to attack Iran's nuclear installations; not to attack Hizbullah's and Syria's missile depots, launchers and silos; and to extend the prohibition on Jewish building in Judea and Samaria beyond its September deadline and expand the prohibition to Jewish home construction in Jerusalem.

Regarding the latter scenario, it can only be hoped that Netanyahu has learned from his previous experiences with Obama. In December, in the hopes of alleviating US pressure, Netanyahu announced an unprecedented 10-month ban on Jewish building in Judea and Samaria. For his efforts, Netanyahu was rewarded with an escalation of American pressure against Israel.

After he pocketed Netanyahu's concession on Judea and Samaria, Obama immediately launched his poisonous assault on Israeli rights to Jerusalem.

Likewise, Netanyahu's willingness to outwardly support both Obama's effort to appease Iran and his efforts to pass anti-Iran sanctions in the Security Council gained Obama a year and a half of quiet from Jerusalem. During that time, Iran has moved within months of the bomb and the US has abandoned its goal of preventing Iran from acquiring nuclear weapons.

This experience has one clear lesson: If Obama seeks policy concessions from Israel during their meeting, Netanyahu must reject his entreaties. In fact, it may even be counterproductive for Netanyahu to abstain from responding in the hopes of buying time.

If on the other hand, Obama avoids discussion of substantive issues and devotes his meeting with Netanyahu to a discussion of Michelle Obama's war on obesity, Netanyahu should consider what Obama did to the family of slain Wall Street Journal reporter Daniel Pearl while the president signed the Daniel Pearl Press Freedom Act last week.

Pearl was decapitated in 2002 by jihadists in Pakistan. Among other things, his killers claimed he had no right to live because he was Jewish. At the ceremony, Obama barred Pearl's father, Judea Pearl, from speaking. In so doing Obama reduced Daniel Pearl's family to the status of mere props as Obama vapidly and reprehensibly proclaimed, "Obviously, the loss of Daniel Pearl was one of those moments that captured the world's imagination because it reminded us of how valuable a free press is."

This appropriation of Pearl's murder and denial of what it represented served Obama's purpose of pretending that there is no jihad and that radical Islam is not a threat to the US. And by silencing Pearl's father, the president turned him into an unwilling accomplice.

Netanyahu should take two lessons from Obama's behavior at the ceremony. First, Netanyahu must do everything he can to avoid being used as a prop. This means that he should insist on having a joint press briefing with Obama. He must also insist on having a say regarding which journalists will be included in the press pool and who will be permitted to ask the two leaders questions.

Second, Netanyahu must not become Obama's spokesman. As part of his unsuccessful bid to convince Obama to change his policies towards Israel, Netanyahu and his advisers have gone on record praising Obama for his support for Israel. These statements have stymied attempts by Israel's US supporters to pressure Obama to change those policies.

The Israeli official who has been most outspoken in his praise for Obama and his denial that Obama's policies are hostile towards Israel has been Ambassador Michael Oren. Oren has repeatedly praised Obama for his supposedly firm support for Israel and commitment to Israel's security - most recently in an appearance on Fox News on Wednesday. Moreover, according to eyewitness reports, in a recent closed-door meeting with American Jews, Oren criticized the Republican Party for attacking Obama for his animosity towards Israel.

This quite simply has to end. As foreign officials, Israeli diplomats should not be involved in US partisan politics. Not only should Israeli officials not give Obama undeserved praise, they should not give Republicans undeserved criticism.

At the end of the day, American Jews have the luxury of choosing between their loyalty to the Democratic Party and their support for Israel. And in the coming months, they will choose.

The government of Israel has no such luxury. The government's only duty is to secure Israel and advance Israel's national interests in every way possible. Netanyahu must not permit Obama's public relations campaign to divert him from this mission.