Will Israel Strike by August?

Russia has just announced that it intends to allow the Iranian nuclear reactor facility located in Bushehr (near the Persian Gulf) to go live in August. This is an ominous development. Now Israeli Prime Minister Netanyahu has a fateful decision to make. Will he order a preemptive military strike against all of Iran’s nuclear sites before August when the Bushehr site becomes “hot”? His mentor, Menachem Begin, ordered an Israeli air strike against Saddam Hussein’s Osirik nuclear reactor in Iraq before it went hot in 1981. 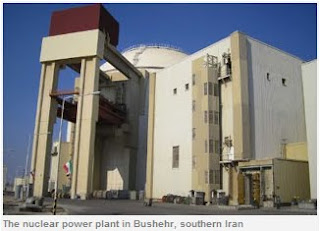 Netanyahu wants the world to act with decisive unity to stop Iran from getting the Bomb. But that is increasingly unlikely. The Obama administration is no longer calling for “crippling sanctions,” and even if they were, it appears to be too late for sanctions to be effective. U.S. officials — including Defense Secretary Robert Gates — says Iran could have the Bomb by next year. German intelligence thinks it could be sooner.

We need to pray for peace, but prepare for war.