Prosecutors in Cook County said Friday that James Larry, a Chicago Muslim, has confessed to brutally murdering his wife, his seven-month old son Jihad, and two of his nieces. According to the Chicago Tribune, Larry was a prison convert to Islam who had been arguing with his wife over her refusal to become a Muslim and wear Islamic clothing. His sister revealed that he had been clutching a copy of the Koran and telling relatives that “something in the book told him to kill someone.” 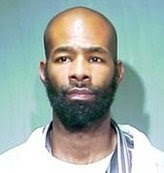 Were James Larry a Christian, his murders would be front-page headlines, and talking heads on all the networks would be discussing in hushed tones the dangers of Christian fundamentalism, complete with clips of Robert DeNiro as the Scripture-addled maniacal killer in Cape Fear, or any number of hundreds of other Hollywood fantasies about violent Christian fanatics.

But James Larry is a Muslim, and so true to form, outside of the Tribune and a handful of other sources, mainstream media coverage ignored the story altogether or, at very least, did not deem fit to print or mention all the inconvenient evidence that he was motivated to kill at least in part by such Koranic exhortations as “kill the polytheists wherever you find them” (9:5). The Associated Press story on the murders has none of that. According to AP, Larry was just “hearing voices.”

The whole process of news gathering and news reporting needs to be demystified, even in this Internet age, and news reports recognized not as objective, dispassionate accounts, but as the work of human beings with agendas. While it is possible that Kristen Schorsch, Annie Sweeney and Cynthia Dizikes, the authors of the Chicago Tribune story, are simply better, more thorough reporters than Don Babwin of AP, it is more likely that Babwin had access to exactly the same information that showed up in the Tribune report, but chose not to go with it.

He probably thought it would be “Islamophobic” to do so, or that to do so would fuel one of those fabled but nonexistent “backlashes” against innocent Muslims. So he appears to have decided that it was better to cover up key facts about this incident.

I do not mean to single out Don Babwin for criticism. He is no worse a journalist than thousands of others working today. He was just doing what they all do, in large and small ways, every day. And they do this because they’ve been told to: Pamela Geller of AtlasShrugs.com recently noted in an article at Andrew Breitbart’s Big Journalism.com that the Society of Professional Journalists issued guidelines shortly after 9/11 that direct reporters to avoid mentioning Islam and jihad in their stories, even when those stories have to do primarily with Islam and jihad. The guidelines tell reporters to “avoid using word combinations such as ‘Islamic terrorist’ or ‘Muslim extremist’ that are misleading because they link whole religions to criminal activity.”

This is hogwash, of course. The phrase “Islamic terrorist” no more links the whole religion of Islam to criminal activity than the phrase “Italian fascist” links all Italians to fascism. It is merely a description of a group whose existence is palpable and undeniable: Muslims who commit gratuitous violence, often against non-Muslim civilians, and justify their actions by reference to Islamic texts and teachings.

For such people, the term “Islamic terrorist” is altogether fitting and proper. The avoidance of such terms – which is by now almost universal, from Barack Obama’s State Department to Associated Press to virtually all other government and major media entities – has the effect only of hampering our ability to understand what exactly it is that we’re up against, and take appropriate actions to meet the Islamic jihad challenge and protect ourselves and our society.

Don Babwin of AP should not have mentioned the Islamic aspects of James Larry’s murders just to pick on Islam or Muslims, or to portray an entire religion and people in a bad light. He should have mentioned them in the interests of simple accuracy, and in the interests of aiding government and law-enforcement officials who have a duty to call upon the Muslim community in the U.S. to take genuine steps to teach Muslims that the Koran’s violent exhortations have no force or validity today. But that call has not and will not go out. No one even recognizes that it needs to.