Where Homeschooling Is Outlawed — Asylum?

Uwe and Hannelore Romeike may have been considered outside the norms of civil society in their native Germany, but not in Morristown, Tennessee, where they and their five children now live. The Romeikes are homeschoolers who are determined to provide the education for their children, ranging in age from two to twelve. In Morristown, that is about as controversial as bass fishing, but in Germany it is a crime.

The tale of the Romeike's is big news today, with both TIME Magazine and The New York Times devoting major stories to their plight, and to the fact that a federal immigration judge in Memphis granted them asylum - and homeschooling is the reason.

As Campbell Robertson reports in today's edition of The New York Times, the Romeike's determination to homeschool their children ran into direct collision with German laws banning the practice:

"Among European countries, Germany is nearly alone in requiring, and enforcing, attendance of children at an officially recognized school. The school can be private or religious, but it must be a school. Exceptions can be made for health reasons but not for principled objections."

The Romeike's are described in the paper as "devout Christians" who decided to homeschool their children after they became concerned about both behavioral and curricular issues in the German state schools. A fellow church member alerted them to the possibility of homeschooling, and the Romeike's determined that homeschooling is right for their children.

The Romeike's decided to act before losing their children, and after meeting an official from the Home School Defense Fund, based in Virginia, they moved their family to Morristown, Tennessee, where another German family had recently moved for the same reason.

Indeed, it is Judge Burman's decision that has brought attention to the Romeike case. Most observers believe that this case may be the very first in which a judge has ruled for asylum on the basis of a determination to homeschool. Judge Burman also found that homeschooling parents are "members of a particular group" experiencing the threat of persecution in Germany.

Immigration and Customs Enforcement has appealed the decision, and the case of the Romeike's may not be over. Nevertheless, their plight has brought attention to the homeschooling issue and the rights of parents to determine the education of their children. 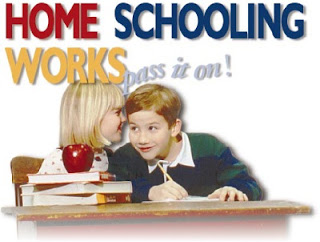 In Europe, homeschooling is not the mass movement it is in America, though numbers are rising. In the United States, the homeschooling movement was pioneered by parents who were both liberal and conservative in worldview, joined together in dissatisfaction with other educational alternatives - primarily the public schools. In Germany, it is now estimated that some 1,000 families may be homeschooling their children, and most of them are thought to be conservative Christians.

The German government schools date back to the era even before the unification of Germany under Bismark. The Prussians designed the German public schools as a means of raising children in a context of German patriotism and common knowledge. In more recent times, the schools have been seen as central to the German project of avoiding the development or encouragement of what some call "parallel societies." Tristana Moore of TIME reports:

In Germany, mandatory school attendance dates back to 1717, when it was introduced in Prussia, and the policy has traditionally been viewed as a social good. "This law protects children," says Josef Kraus, president of the German Teachers' Association. The European Court of Human Rights agrees with him. In 2006, the court threw out a homeschooling family's case when it deemed Germany's compulsory-schooling law as compatible with the European Convention on Human Rights, an international treaty drafted in 1950. Given this backdrop, it's little wonder the Romeikes came up against a wall of opposition when they tried to talk to their school principal about the merits of homeschooling.

The plight of the Romeike's is a sign of the times. Many Americans are likely unaware that the public schools in this country were founded on a similar vision. This is especially true in the late nineteenth century and throughout the twentieth. Public school advocates preached a message of cultural disaster if children were not raised in a common culture. Concern over the assimilation of immigrant children fueled the sense of crisis, but more was at stake. John Dewey, one of the most influential figures in the development of the public school ideal, explicitly argued that children should be educated in the public schools so that the schools could help them break with the traditions and perspectives of their parents.

That is exactly what propelled the rise of the homeschooling movement in America, and it is what drove the Romeike's to Morristown. Christians must recognize and contend for the right of parents to determine the education of their own children. Otherwise, we subvert both parental authority and parental responsibility. The Romeike's are determined to educate their children according to their Christian convictions, and to do so through homeschooling. Not all Christian parents will make the same choice, but all Christian parents do share the same responsibility to raise their children in the nurture and admonition of the Lord. On this ground, all Christians should contend for the right to make the decision the Romeike's made. Otherwise, we quietly accept conditions for the forced indoctrination of our own children.

Time will tell if Judge Burman's decision stands. In the meantime, Uwe and Hannelore Romeike are busy living their lives and teaching their children in Morristown, Tennessee. May God bless them as they do.

Give Me Your Tired, Your Poor, Your Homeschoolers - TIME

Should Christians homeschool their children? - GotQuestions.org