Glenn Beck, Social Justice, and the Limits of Public Discourse

Fox News broadcaster Glenn Beck is famous for launching verbal grenades, and he did so again in recent days, calling upon church members to flee congregations that promote social justice. His comments incited an immediate controversy, where far more heat than light has yet been evident. As expected, there is more to this story than meets the eye - or may reach the ear via the public conversation.

During his March 2, 2010 radio broadcast, Beck said this:

Almost immediately, reaction statements emerged with furor, found in press releases and public statements made by figures like Sojourner's editor Jim Wallis and various social justice advocacy groups. Like Captain Renault in Casablanca, various media outlets rounded up the "usual suspects." The resultant public conversation has not been very substantial, but it has offered media magnetism. 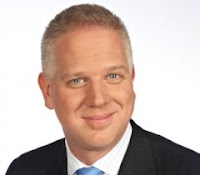 Some of those outraged by Beck's statements immediately insisted that social justice is the very heart of the Gospel, while others insisted with equal force that Beck had offered a courageous call for Christians to flee liberal churches that had abandoned the Gospel.

As anyone familiar with incendiary public debates should have expected, the truth is a bit harder to determine, but issue is indeed worth whatever hard thinking a clarification of the issue requires.

Is Glenn Beck right? That is the question most in the media were asking, along with a good number of Christians who were aware of the debate. With just a few words, Beck, a convert to Mormonism, set the world of American religion into a frenzy of discourse.

At first glance, Beck's statements are hard to defend. How can justice, social or private, be anything other than a biblical mandate? A quick look at the Bible will reveal that justice is, above all, an attribute of God himself. God is perfectly just, and the Bible is filled with God's condemnation of injustice in any form. The prophets thundered God's denunciation of social injustice and the call for God's people to live justly, to uphold justice, and to refrain from any perversion of justice.

The one who pleases the Lord is he who will "keep the way of the Lord by doing righteousness and justice" (Gen. 18:19). Israel is told to "do no injustice in court. You shall not be partial to the poor or defer to the great, but in righteousness you shall judge your neighbor" (Lev. 19:15). God "has established his throne for justice" (Psalm 9:7) and "loves righteousness and justice" (Psalm 33:5). Princes are to "rule in justice" (Is. 32:1) even as the Lord "will fill Zion with justice and righteousness" (Is. 33:5). In the face of injustice, the prophet Amos thundered: "But let justice roll down like waters, and righteousness like an ever-flowing stream" (Amos 5:18). In a classic statement, Micah reminded Israel: "He has told you, O man, what is good; and what does the Lord require of you but to do justice, and to love kindness, and to walk humbly with your God?" (Micah 6:8).

To assert that a call for social justice is reason for faithful Christians to flee their churches is nonsense, given the Bible's overwhelming affirmation that justice is one of God's own foremost concerns.

But, there is more going on here. Glenn Beck's statements lacked nuance, fair consideration, and context. It was reckless to use a national media platform to rail against social justice in such a manner, leaving Beck with little defense against a tidal wave of biblical mandates.

A closer look at his statements reveals a political context. He made a specific reference to Rev. Jeremiah Wright and to other priests or preachers who would use "social justice" and "economic justice" as "code words." Is there anything to this?

Of course there is. Regrettably, there is no shortage of preachers who have traded the Gospel for a platform of political and economic change, most often packaged as a call for social justice.

The immediate roots of this phenomenon go back to the mid-nineteenth century, when figures like Washington Gladden, a Columbus, Ohio pastor, promoted what they called a new "social gospel." Gladden was morally offended by the idea of a God who would offer his own Son as a substitutionary sacrifice for sinful humanity and, as one of the founders of liberal theology in America, offered the social gospel as an alternative message, complete with a political agenda. It was not social reform that made the social gospel liberal, it was, its theological message. As Gary Dorrien, the preeminent historian of liberal theology, asserts, the distinctive mark of the social gospel was "its theology of social salvation."

Even more famously, the social gospel would be identified with Walter Rauschenbusch, a liberal figure of the early twentieth century. Rauschenbusch made his arguments most classically in his books, Christianity and the Social Crisis (1907) and Theology for the Social Gospel (1917). In a 1904 essay, "The New Evangelism," Rauschenbusch called for a departure from "the old evangelism" which was all about salvation from sin through faith in Christ, and for the embrace of a "new evangelism" which was about salvation from social ills and injustice in order to realize, at least partially, the Kingdom of God on earth. He called for Christian missions to be redirected in order to "Christianize international politics."

The last century has seen many churches and denominations embrace the social gospel in some form, trading the Gospel of Christ for a liberal vision of social change, revolution, economic liberation, and, yes, social justice.

The urgency for any faithful Christian is this - flee any church that for any reason or in any form has abandoned the Gospel of Christ for any other gospel.

As I read the statements of Glenn Beck, it seems that his primary concern is political. Speaking to a national audience, he warned of "code words" that betray a leftist political agenda of big government, liberal social action, economic redistribution, and the confiscation of wealth. In that context, his loyal audience almost surely understood his point.

My concern is very different. As an evangelical Christian, my concern is the primacy of the Gospel of Christ - the Gospel that reveals the power of God in the salvation of sinners through the death and resurrection of the Lord Jesus Christ. The church's main message must be that Gospel. The New Testament is stunningly silent on any plan for governmental or social action. The apostles launched no social reform movement. Instead, they preached the Gospel of Christ and planted Gospel churches. Our task is to follow Christ's command and the example of the apostles.

There is more to that story, however. The church is not to adopt a social reform platform as its message, but the faithful church, wherever it is found, is itself a social reform movement precisely because it is populated by redeemed sinners who are called to faithfulness in following Christ. The Gospel is not a message of social salvation, but it does have social implications.

Faithful Christians can debate the proper and most effective means of organizing the political structure and the economic markets. Bringing all these things into submission to Christ is no easy task, and Gospel must not be tied to any political system, regime, or platform. Justice is our concern because it is God's concern, but it is no easy task to know how best to seek justice in this fallen world.

And that brings us to the fact that the Bible is absolutely clear that injustice will not exist forever. There is a perfect social order coming, but it is not of this world. The coming of the Kingdom of Christ in its fullness spells the end of injustice and every cause and consequence of human sin. We have much work to do in this world, but true justice will be achieved only by the consummation of God's purposes and the perfection of God's own judgment.

Until then, the church must preach the Gospel, and Christians must live out its implications. We must resist and reject every false gospel and tell sinners of salvation in Christ. And, knowing that God's judgment is coming, we must strive to be on the right side of justice.

Glenn Beck's statements about social justice demonstrate the limits of our public discourse. The issues raised by his comments and the resultant controversy are worthy of our most careful thinking and most earnest struggle. Yet, the media, including Mr. Beck, will have moved on to any number of other flashpoints before the ink has dried on this kerfluffle. Seriously minded Christians cannot move on from this issue so quickly.

Glenn Beck can defend himself, but here’s why Jim Wallis is wrong about ’social justice’ as a Christian doctrine - The North Star National (Dan Calabrese)

What is liberal Christian theology? - GotQuestions.org