Mark Twain is believed to have once said, "Figures don't lie, but lying can figure." If Twain were living today, he might be talking about the European debt crisis.

The European Union’s constitution has a flaw in it that is now starting to manifest itself. The EU was brought into existence by putting the cart before the horse: A full-fledged currency was formed without a central bank, a treasury, and a political organization to regulate the monetary policy.

The lack of strong oversight has created ample opportunity for financial fraud and mismanagement. Right now, Greece is the center of attention. It has a massive debt load that has pushed it close to the point of default.

One of the rules for being a member of the European currency is that you must have a budget deficit - the difference between what the government spends and the funds it receives though taxation and other measures - of no more than 3 percent of gross domestic product. Greece currently has a GDP deficit of 12.7 percent.

Greece's runaway spending doesn't sit well with more responsible nations like Germany. A recent poll shows that 71 percent of Germans think the EU should not help Greece at all. By sharing the same currency, they suffer the consequences of the euro’s decline in value. It's basically like opening a joint checking account with a shopaholic.

It’s no wonder that German Chancellor Angela Merkel said the euro is in its most difficult situation since it was launched. "The euro is now, for the first time since its introduction, in a difficult situation, but it will come through," Merkel was quoted as telling the daily Frankfurter Allgemeine Zeitung.

The euro currency can survive a default by Greece because the country accounts for only about 2.5 percent of the EU’s total GDP. The problem is that Greece is not the only euro nation with debt troubles. Portugal, Ireland, and Spain are close behind. 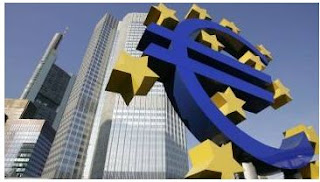 We are now learning that several nations cooked their books to join the EU. In order to meet targets, governments over the years have used all sorts of accounting tricks to hide budget deficits. In the case of Greece, it hid a huge chunk of its military budget. Greece admitted to underreporting military spending by €8.7 billion between 1997 and 2003. It also hid $15 billion in expenses from European regulators by recording them as off-balance-sheet transactions through the same type of financial derivatives that got the US housing market into a pickle.

We live in a world where nothing gets done unless there is a crisis. This is especially true when it comes to financial responsibility. People are rioting in the streets of Greece over a few token measures to bring in spending. Years of government handouts have allowed the situation to get so bad that some economists doubt whether anything can be done.

There is the possibility that the European Union will collapse with some or all members leaving the common currency. The Bible strongly indicated that better days are ahead for the organization. The prophet Daniel predicted that an empire will arise out of Europe and dominate the whole world. What is missing is a special leader to set Europe's destiny into motion.

The vision given to King Nebuchadnezzar in Daniel 2 showed all the great Gentile empires that would come to rise on the earth. Nebuchadnezzar was the head of gold; Media-Persia was the breast and arms of silver; the Grecian Empire was the belly of brass; and Rome was the legs of iron. The final government will be the feet of iron mixed with clay.

The interesting thing about the series of governments is that they progressively lose value as you go down the list. As the head of gold, Nebuchadnezzar had absolute power over his subjects. At the bottom was the Roman Empire, which was represented by iron. You had a ruler who was largely beholden to the Roman senate for his power base.

The Bible tells us there will be a final world power made of ten leaders. Because it is described as iron mixed with clay, this government will have a connection to the Roman Empire, and it will have an extremely weak power base. This scenario is what we see today.

The most likely outcome of the Greece debt crisis will be a Band-aid in the form of some kind of loan guarantee from an outside financial organization. The EU system is so flawed, another crisis is certain to quickly follow. It is my hope that the Rapture is the catalyst that triggers that event.

In any case, the backlog of financial problems is going to eventually require a change in the way the EU operates. Any sign that the EU is about to break apart should be our signal that the Tribulation hour is very near.