On the same day that Iran announced it would begin enriching its uranium stockpile, Iranian Supreme Leader Ayatollah Khamenei declared that not even the might of the West can save Israel now. 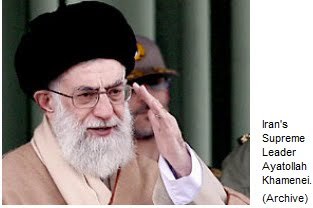 Iranian media cited Khamenei as telling the head of the Palestinian Islamic Jihad movement on Sunday that Israel's destruction is imminent according to the will of Allah, and that the support of America and certain European nations could do nothing to thwart the Jewish state's downfall.

The move was seen as a rejection of a Western diplomatic deal whereby Iran's uranium would be enriched abroad to ensure it did not reach weapons grade. US and European leaders said they were becoming fed up with Iran's defiance, though they have proved in the past that such threats have no teeth.

The looming threat is escalating the likelihood that Israel will be forced to intervene militarily to at least set back Iran's nuclear program, lest it face a very real existential threat.

But Iran is nearly prepared to repel an Israeli air raid thanks to an expected delivery of advanced Russian-made anti-aircraft missile batteries. Iranian and Russian officials last Thursday confirmed that Moscow, despite Israeli objections, will honor its contract to deliver the S-300 missile systems to the Islamic Republic very soon.