Hitchcock Discusses the US in Isaiah 18

Can the United States of America be found in Isaiah 18? 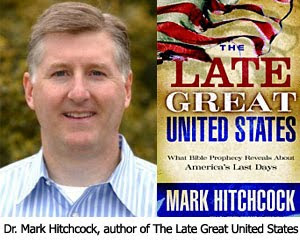 Dr. Reagan: Mark, I would like to get into the topic of the United States in Bible prophecy by taking a look at some of the places where people historically have found the U.S. in Bible prophecy.

One of those places that I know of goes back a long time because I read books published in the 19th Century that claimed Isaiah 18 is a reference to the United States. That chapter refers to a nation of people who are tall and smooth (like with no beards), and it talks about a people who live in a nation that is divided by a great river. How about it — is this a direct reference to the United States?

Dr. Hitchcock: A lot of people like to go to Isaiah 18 when looking for the United States in Bible prophecy, and so I have read that as well. This view is from centuries past and is a very old view. The second half of verse two goes:

"to a people tall and smooth-skinned, to a people feared far and wide, an aggressive nation of strange speech, whose land is divided by rivers."

Everybody would agree that America is not mentioned by name in the Bible. There is just no direct verse where the name "America" is written.

When we read Isaiah 18, it is in the context of God talking about some of the near nations around Israel. God is talking about Egypt and ancient Cush, which is today the nation of Sudan which is south of the modern day nation of Egypt. And so, when verse two and seven say it is a land divided by a river, people take that to be the Mississippi or another river, but by naming Cush we know the verses are talking about the Nile River.

Dr. Reagan: This shows how desperate people are to find the United States in Bible prophecy.

Dr. Hitchcock: Yes it does, and you know people can read things into Scripture. It is like that old statement that goes, "Wonderful things in the Bible I see, especially those put there by you and by me."

One of the big problems with interpreting Bible prophecy is when people speculate on the Bible in light of current events or things we would rather see instead of reading current events through the Bible. Doing the latter I think is so vitally important to correct interpretation.

Is the United States of America in Bible prophesy? - GotQuestions.org

Where is America in Bible Prophecy? - Jerusalem Connection (Richard Booker)