Will You Sin in the Voting Booth?

As we roll rapidly into 2010, it is incredibly obvious that we are entering a critical election year – not that every election year isn't. As has often been said, elections are not so much a test of the politicians as much as a test of the people. What will our grade be this year?

We don't have a political equivalent of the PSAT, so I will propose some pre-exam preparations for every God-fearing citizen. Just like those intimidating final exams in high school and college, we had better show up having spent some time in the books. 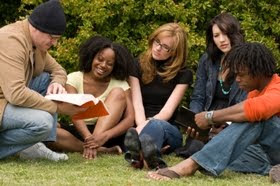 First, we must do a personal and collective "heart exam." The difficult truth is that most people who call themselves Christians do not think biblically in relation to critical decision making in their families, professions and citizenship. In fact, according to researcher George Barna in an interview about his book "The Seven Faith Tribes: Who They Are, What They Believe, and Why They Matter," "The Casual Christian tribe is especially significant because it represents a huge majority of the nation's population – two out of every three adults."

What is a Casual Christian? His definition is summarized with, "spiritually middle-of-the-road, perhaps even ambivalent about their faith." I was taught early in my Christian walk and in political involvement that there are only two things in the middle of the road – yellow lines and road kill. We also call them moderates.

As a case example, consider "pastor" Joel Osteen who, while standing firmly on the yellow line, asserts through his spokesman that Houston's lesbian Mayor Annise Parker, "… says she's a believer. Let her stand before God; that's kind of where Joel is. … He's not going to tell homosexuals they can't come to our church. If the Holy Spirit convicts them, then they'll change," although "…the pastor himself has never specifically called (homosexuality) a 'sin …'"

My Bible calls such Yellow Stripe Christianity "lukewarm," and if you want to know the reward for that path read Revelation 3:16.

The opposite of this category in Barna's research is the Captive Christian. I guess I would be guilty of fitting into that category as, "focused on upholding the absolute moral and spiritual truths they glean from the Bible." The fact that the majority of those identifying themselves as Christians do not accept "absolute moral and spiritual truths" is undeniable proof that most pulpits are not delivering even that basic function.

For those who do accept that there are such standards, we are a minority, so it is all the more deadly serious that this remnant be faithful in being on the "offensive" in every aspect of our lives – in love, grace and humility. Even if the Captives only represent 10 percent of the population, that is three to four times that of the "Try-sexual" movement. They have just been more passionate, dedicated and effective in changing the world than we have.

We must follow the call of the prophet Nehemiah as he challenged some fearful leaders who had been listening to the scorn, ridicule and threats of those who did not want the walls of Jerusalem rebuilt:

When I saw their fear, I rose and spoke to the nobles, the officials and the rest of the people: "Do not be afraid of them; remember the Lord who is great and awesome, and fight for your brothers, your sons, your daughters, your wives and your houses." – Nehemiah 4:14

One way of fighting is to make a covenant to never miss an opportunity to vote again and to assure that every person in your home, church and circle of influence does the same. Primary elections range from 5 percent to 30 percent turnout of registered voters – which average 50 to 70 percent of eligible voters. Every vote really does count.

I will go so far as to assert the following for people who profess Christianity: A profound truth was stated by a leading pastor in Sacramento, Calif., this week at a meeting to organize a council of pastors in the capital city of this battleground state to stand together on social, cultural, moral and political issues from a biblical perspective. He related a personal story that he visited a city council member on a matter and was told bluntly, "I don't care what you think."

"The people who think like you are never organized, they don't stand together and they don't vote."

In politics, presuming we are starting with a people who have our spiritual and moral house in order, there are two sources of "capital" – money and votes. If you don't measurably, visibly and consistently bring at least one of those two to the table, you don't count.

Pastors, it doesn't matter how large or small your church is. If God has entrusted you with 100, then make sure all 100 are registered, taught well and vote every time. If He has given you 5,000, then you must do the same. Our failure to do so is why we have what we have.

Casual, Captive or Confused, we will all one day stand before the one true God and answer for what He has given us. Those He has placed as teachers/shepherds/pastors will be held most accountable, so let us dedicate our lives, fortunes and sacred honor to fighting for our brothers, sons, daughters, wives and houses.