In response to over 6,000 rockets being fired into southern Israel by Hamas militants in Gaza since 2005, Israel launched Operation Cast Lead in December 27, 2008, in an attempt to stop the rocket fire, make their southwestern border more secure, and cripple Hamas enough to end their barrage. For the Gaza Strip, the incursion resulted in a supposed 1,300 Palestinians killed, 5,500 injured, and 4,000 buildings were reduced to rubble. For the Israelis, a mere 13 Israeli troops were reportedly killed in the conflict.

A day before Barack Obama was sworn in as President of the United States, though, Israel ceased their air strikes and brought home their ground troops, signaling to the world that the conflict was over. Progress in the conflict made it look like Israel would be the complete and decisive victor, and yet, they withdrew from Gaza, surprisingly not even leaving a contingent behind. 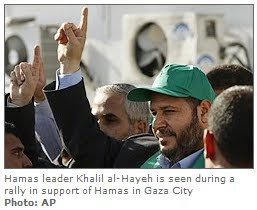 Was pulling out a way of showing an upcoming American president that Israel was serious in talking peace with this new mediator? Did Israel pull out because United Nations' pressure was forcing Israel to expedite their maneuvers before a U.N. censure was enacted or peace keeping troops were inserted? Or, is it true as Hamas leader Khalil al-Hayeh had declared, "We say proudly that Gaza has won the war, the resistance has won the war, and Hamas has won the war" (reported in The Jerusalem Post in Friday, Jan. 30, 2009).

Who actually won and what was actually accomplished has left much of the whole world a year later still scratching their heads over these questions. Israelis claimed at the time they had met their objectives, reducing Hamas' tunnel networks and rocket supply.

The searing reality of Operation Cast Lead, though, is that Israel only temporarily achieved their objectives. Hamas continues to have an iron control over the people of Gaza, abusing their fellow Palestinians like hostages. The launch of missiles into southern Israel continues with more than 280 rockets and mortars fired at Israel since the end of Operation Cast Lead. Aid poured into the country for rebuilding like never before, which Hamas intercepted and used to fund their rearming. In the Muslim world, the scrappy little resistance against the "Zionist regime" won Hamas great honor. In the free world - though muffled comments did arise that Israel had the right to protect itself - the largest gathering of world voices led by U.N. Secretary General Ban-Ki Moon shouted that Israel was the evil aggressor and is seeking to bring up Israel for war crimes. By the end of the conflict, it is too obvious that Israel lost the public relations war, a war that Hamas is clearly an expert at winning.

And now, Israel Today reports in their article "IDF: Southern Israel to Come Under Attack Again Soon" (Thursday, Jan. 7, 2010 by Israel Today Staff) that "The head of the Israeli army's Southern Command, Gen. Yoav Galant, warned local regional council heads on Wednesday [Jan. 6, 2010] that sustained artillery attacks from Hamas-ruled Gaza are likely to resume soon... Galant told the residents of Israel's western Negev region that they should prepare themselves for another round of fighting.'"

Adding actions to Gen. Galant's words, Israel responded by dropping leaflets over Gaza warning residents to stay away from areas where terrorists are operating. Then, on January 7, the Israel Air Force [IAF] bombed "one terror tunnel in the central Gaza Strip, two smuggling tunnels in the Rafah Border area [Egyptian–Gaza border], and one weapons-manufacturing facility in Gaza City" (Bridges for Peace, Jan. 8, 2010, IDF Press Release).

It appears the world is looking at the beginnings of what Israel will have to do in Gaza to finish what they started — an Operation Cast Lead Redux.

Only a year later, though, it is a much scarier world for Israel. Gaza is now better equipped with missiles that can reach as far north as Tel Aviv. Hizbollah well controls Lebanon and has nearly 40,000 missiles pointed south at Israel. Syria and Iran have made a compact to aid each other if Israel defends itself against an Iranian nuclear threat. Turkey has cut ties with Israel and has sided with Syria. The United States is arming Saudi Arabia and other Muslim nations much to Israel's dismay, clearly indicating it is no longer a friend. And, the world's public opinion is clearly for the Palestinians.

There is no doubt that Israel looks friendless, helpless and hopeless against these staggering odds. And, that's exactly how God likes it! As 1 Corinthians 1:27 states,

In their apparently weakened state, Israel is looking ahead to what will prophetically be their biggest victory — first through the Psalm 83 subjugation of their hostile Arab neighbors and the nuclear destruction of the biggest hot seat of terrorist activity in Damascus (Isa. 17; Jer. 49), and then the Gog-Magog Battle (Ezek. 38-39).

The second incursion into Gaza may only delay the inevitable, but the inevitable eventually has to occur. We could see this all begin to come down in 2010, or not, it all depends on the Rapture.