Mark Hitchcock on the Source of 2012

Could it be that just one person concocted the whole story about the world ending cataclysmically in 2012, resulting in all the current hysteria?

Dr. Hitchcock: All the 2012 hysteria can be traced back to José Arguelles back in 1987 when he came out with his book called The Mayan Factor. 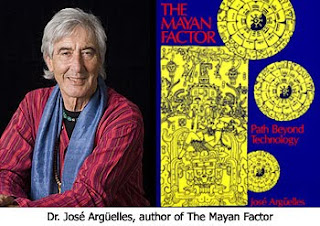 He talked a lot about Harmonic Convergence at that time. After all, the real underpinnings of this whole 2012 phenomenon really is based in the New Age. In fact, this has been called by some "The New Age Eschatology" and the end time view of the whole New Age Movement. Just like the other religions of the world all have some view of how things are going to end. 2012 is from the New Age viewpoint.

It is fascinating that the Mayans themselves never said anything like Arguelles has, but in popular culture it has caught on. Of course, the movie that is out on this — the most expensive movie ever made on 2012 — is really feeding the 2012 phenomenon. And, I think the other thing that is feeding this is a lot of fear out there today in our culture and a lot of uneasiness.

Not one single Mayan academic expert in the world agrees that this calendar marks the end of the world. There's not one. Scientists at NASA and others say a galactic alignment is not going to cause the end of the world in 2012. This idea is all being driven by people from the New Age background.

There are now hundreds of books out there on 2012. If you Google "2012 End of the World" you get 18 million links, last time I checked. I mean, that is how much hysteria is out there, and it is really causing a lot of fear and anxiety in the hearts of a lot of people.

2012: The end of the world? - Lamplighter Magazine