Do secret codes in the Bible reveal the world will end in 2012? 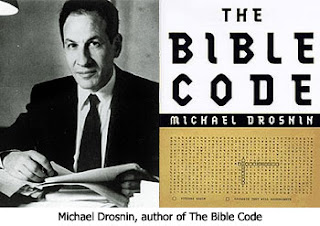 Dr. Hitchcock: Bible codes was a huge phenomenon a few years ago with a lot of flurry. All the Hebrew letters in the first five books of the Old Testament were searched using what is called "Equal Distant Letter Sequencing" for clues. It is much easier to sequence in Hebrew because you don't have vowels.

The sequencing or the skips over sequential letters can be up to 500 letters! Eventually you'd make some kind of word sequence.

So, these codes are found hidden in there. The problem with the technique is that it has been used on Moby Dick and War and Peace with the same results as when using the Bible.

There are a lot of problems with Bible codes, and I talk about those a lot in my book 2012. One of the problems is that Jesus didn't ever use this method. You have to use computers to find Bible codes, which means this was hidden to people before the advent of computers. Another problem with Bible codes to me is that it looks like an exercise in Monday morning quarterbacking. The codes come along and tell you things only after the events have already taken place.

Back in 2006 when Michael Drosnin wrote the original Bible Code book, he said 2006 was going to be a time of nuclear holocaust, or Armageddon. Well, it didn't happen. Now in Bible Code 2 he says he found the code "2012 Earth annihilated." But, he already made these big predictions for 2006 that didn't happen. So, again, it is like Nostradamus and these others — they come up dry and they're wrong, but they want us to believe the next prophecy.

Is there any validity to the Bible codes? - GotQuestions.org