"The Saudis are confident they have a nuclear option via Pakistan," said the security official. "The Pakistani nukes are also Saudi nukes." 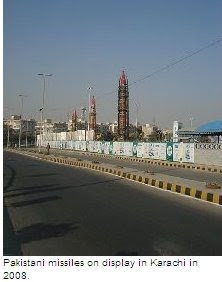 The official said an agreement between the two countries was secretly inked seven years ago, although at the time such a pact was strongly denied by both Saudi and Pakistani officials.

Pakistan in the late 1990s became the seventh country to successfully develop and test nuclear weapons. The Pakistani arsenal is estimated at between 35 and 95 warheads, according to the U.S. Navy Center for Contemporary Conflict.

Analysts have been keeping a close eye on the rise of Islamic militants in provinces close to Pakistan's nuclear facilities.

Saudi-Pakistan cooperation has been extensive for decades. The two are both leading Islamic countries with close military alliances. As early as 1969, the Pakistan Air Force flew the aircraft of the Royal Saudi Air Force to help fend off an invasion from South Yemen. In the 1970s and 1980s, about 15,000 Pakistani soldiers were stationed in Saudi Arabia to protect the country's oil fields.

According to recent media reports, Saudi Arabia negotiated the purchase of Pakistani ballistic missiles that are capable of carrying nuclear warheads.

Does Psalm 83 set the stage for Ezekiel 38? - ProphecyDepot.blogspot.com (Bill Salus)