World Leaders Gather for the Copenhagen Climate Summit and Will Spew out 40,000 Tons of Carbon

World leaders from 192 countries are meeting in Copenhagen, Denmark for the summit on climate change, better known as global warming, and will spew out some 40,000 tons of carbon getting the participants to the summit and keeping them comfortable during their stay. World leaders and their staffs will need 1200 limousines while in Copenhagen and some 140 private jets will be used to bring the leaders to the summit in addition to the 15,000 delegates and officials and the 5000 journalists who will arrive by commercial transportation. The Saudi Arabian delegates are calling for an investigation into "Climategate" warning that the scandal over stolen e-mails threatens to undermine the global warming negotiations at the Copenhagen Climate Summit. 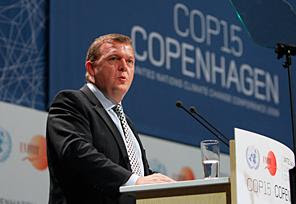 The Copenhagen Climate Summit is not only based on anti-Biblical information but it is setting the stage for Bible prophecy to be fulfilled. Ironically and hypocritically, the leaders of the world are gathering to participate in the Copenhagen Climate Summit and they will break every rule they want to put in place to save our world from global warming. For the two week summit, it is expected that all the delegates to the summit will spew out 40,000 tons of carbon which is more than 60 of the worlds smallest countries of our world will do in an entire year - and that is 60 countries combined. This whole summit and the global campaign to stop global warming has come about based on false science and anti-Biblical truth.

The Bible says that Jesus Christ created the Earth and all that is in it and He did it in six 24 hour days (Genesis 1, Colossians 1:16). The Apostle Paul wrote in that same letter to the Christians in Colossae that by Jesus Christ, all things are held together in our world. In other words, nothing can happen to this world unless Jesus Christ allows it to happen (Colossians 1:17). The Apostle Peter said in II Peter 3 that there would be those who are willfully ignorant of the fact that the Lord Jesus Christ created the worlds and all that is in them and today holds it together. That same group of people will also deny that Jesus Christ is coming back.

Global Warming is false and the Copenhagen Climate Summit contradicts the Bible but sets the stage for Bible prophecy to be fulfilled.