Stitching Together the Global Currency

Ever since the bursting of the credit bubble, the quest for a one-world financial system has been on a fast track. Nations that have long relied on the dollar are working overtime to create an alternate form of currency.

Last week, several Latin American countries met for a two-day summit in Havana. They drew up a plan to roll out a non-paper form. With no printed or coin versions, the virtual currency will be used to manage debts between governments while reducing reliance on the U.S. dollar and on Washington in general. The bloc comprises nine Latin American and Caribbean nations: Venezuela, Cuba, Bolivia, Nicaragua, Dominica, Honduras, Ecuador, Saint Vincent and the Grenadines, and Antigua and Barbuda.

The currency is called the sucre, and it is named after Jose Antonio de Sucre, who fought for independence from Spain alongside Venezuelan hero Simon Bolivar in the early nineteenth century. The bloc is the brainchild of Venezuelan President Hugo Chavez. His goal is to seek financial independence from America. 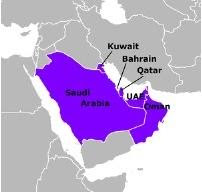 It was a busy week for new currencies because several Arab Gulf states have agreed to launch a single currency of their own. Saudi Arabia, Kuwait, Bahrain, and Qatar are to launch the first phase of the single currency in 2010, creating a Gulf Monetary Council that will evolve into a full-fledged central bank.

The Gulf currency - dubbed the gulfo - is likely to track a global exchange basket and may ultimately float as a regional reserve currency. If the gulfo becomes the basis for oil contracts, it could even supplant the dollar as the world’s reserve currency.

The creation of a petro-currency will greatly increase the Arab world influence in the global exchange and capital markets. They control 40 percent of the world's proven oil reserves, and they have a combined gross domestic product of $1.2 trillion.

This new currency is an amazing feat for Arab states that have a well-deserved reputation for squabbling over trivial matters. One lingering example is that the United Arab Emirates is staying out for now because it's mad that the bank controlling the new currency will be located in Riyadh, at the insistence of Saudi Arabia's King Abdullah, rather than in Abu Dhabi.

China is already on record for calling for the creation of a new international currency that could replace the dollar. Chinese have been buying the first global currency - gold, and they now hold 1,054 metric tons of the yellow metal.

Of course, Europe has a perfect track record for how a global currency would work. All these newcomers and hopefuls are obviously reading off the blueprint established by the euro.

The villain to globalism has long been America’s economic dominance. Since World War II, the U.S. has had a strong financial influence over the whole globe, but it never sought to directly dictate the economic policies of every nation on earth. In order for globalists to move forward, the dollar needs to be supplanted. These new currencies may be what dooms the greenback to obscurity. America is deep in debt, and the dollar has lost much of its appeal as a safe reserve currency.

All this talk of regional and global currencies is perfect stage-setting for the economic system the Antichrist will use to spiritually enslave the world. By the time the Beast of Revelation arrives on the world stage, the majority of the heavy lifting may have already been accomplished. All he may need to do is tell people to line up to receive the mark.

"And he causes all, the small and the great, and the rich and the poor, and the free men and slaves, to be given a mark on their right hand or on their forehead, and he provides that no one can buy or to sell, except the one who has the mark, either the name of the beast or the number of his name" (Revelation 13:16-17).

How Barack Obama and Ben Bernanke are destroying the dollar — and perhaps ushering in the amero - The American Conservative (Robert P. Murphy)