Meaningful Counterrevolution Must Be Deeper than Party Politics

We now see the very beginnings of the counterrevolution. Gubernatorial wins in Virginia and New Jersey for Republicans over Democrats are the first signs of utter distaste by the American people over the unconstitutional government in Washington, DC. Both Democratic candidates were supported heavily by the man who occupies the Oval Office, and many considered the votes a referendum on the leftist White House and Congress that have become infested with Marxists and socialists. But electing Republicans to oust Democrats is not much of a counterrevolution. We need to be electing real Americans - not suits with political agendas. 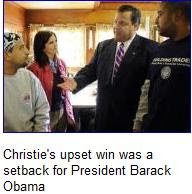 In his 1796 farewell address, George Washington spoke against political parties:

"One of the expedients of party to acquire influence within particular districts is to misrepresent the opinions and aims of other districts...They serve to organize faction, to give it an artificial and extraordinary force; to put, in the place of the delegated will of the nation the will of a party, often a small but artful and enterprising minority of the community; and, according to the alternate triumphs of different parties, to make the public administration the mirror of the ill-concerted and incongruous projects of faction, rather than the organ of consistent and wholesome plans digested by common counsels and modified by mutual interests."

The two party system offers limited choices for eliminating an overreaching government. There is little difference these days between the Republicans and the Democrats. One party may feign that it is against the moral issues of the other, but in the end, members of both parties are guilty of the herd mentality on socialist programs and spending Americans into oblivion. Both are guilty of spilling innocent blood. Both are guilty of advancing the agenda of homosexuality. One because it openly supports these abominations. The other because it doesn't fight harder to oppose them. The issues, however, are non sequitur if the politicians would have a healthy fear of God in their representation of the people.

Washington also spoke of the value of God in politics, saying,

"Of all the dispositions and habits which lead to political prosperity, religion and morality are indispensable supports."

Of course, those accepting the modern definition of separation of church and state have waved the flag of surrender to the vile secular humanists who shout so loud. God has a role. And without God, we will not turn around this country. And God chooses to speak and act through you.

"That I may open my mouth boldly to make known the mystery of the gospel, for which I am an ambassador in bonds: that therein I may speak boldly as I ought to speak."