How to Interpret the Bible

The Bible isn’t such a complex document that it requires years of formal education before you can begin to comprehend it. I’ve always believed the Bible was meant to be understood by any believer who can read and has a serious interest in knowing what it says. I say this because I believe the Bible is best approached by relying on the power of the Holy Spirit rather than one’s own intellect. James 1:5 says that any of us who lacks wisdom need only ask God who gives generously to all without finding fault. 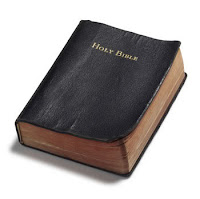 Conversely the man without the Spirit can not accept the things that come from the Spirit of God regardless of his mental prowess. (1 Cor. 2:14) This is why we hear of people who tried to read the Bible as non-believers and found they couldn’t figure it out, but as soon as they were born again it began to make sense. They didn’t suddenly become more intelligent, they simply gained the supernatural insight of the Holy Spirit who teaches us all things. (John 14:26)

Over the 25 years or so I’ve been studying the Bible I’ve picked up a handful of principles that have also given me a better understanding of what it says. They help keep me honest so I know it’s the Holy Spirit teaching me, and not just my sin infested intellect coming to its own conclusion. From time to time I get asked about these principles, having mentioned them in answers to various questions, so here they are.

The Golden Rule of Interpretation

“When the plain sense of scripture makes common sense, seek no other sense; therefore, take every word at its primary, ordinary, usual, literal meaning unless the facts of the immediate context, studied in the light of related passages and axiomatic and fundamental truths, indicate clearly otherwise.” - Dr. D.L. Cooper

This hasn’t become known as the Golden Rule of Interpretation for nothing. If you ignore all the others and only follow this one rule you will avoid almost all the mistakes people make in reading the Bible. And the next one is like it, sort of an expanded version of the first.

These could be called the most important words in Biblical Hermeneutics, which is the science of properly interpreting the Bible.

Literal means that each word is given the same exact basic meaning it would have in normal, ordinary, customary usage, whether employed in writing, speaking or thinking. Unless it’s clearly indicated otherwise, we’re to assume the Bible means exactly what it says. Examples of passages that are not intended to be taken literally are parables, dreams, and visions. These are all identified as such, alerting us to the fact that they’re meant to be understood symbolically.

Historical means that each passage is put into its proper historical setting and surrounded with the thoughts, attitudes, and feelings prevalent at the time of its writing. In Biblical times the Jewish view of the Messiah was one of a charismatic leader like King David. In other words, a man, not God in human form. Knowing that helps us understand how they failed to recognize Him, and why they accused Him of blasphemy when He claimed to be God.

Grammatical means that words are given meanings consistent with their common understanding in the original language at the time of writing. Grammatical interpretation also includes following recognized rules of grammar and in its more advanced form, applying the nuances of the Hebrew and Greek languages to the understanding of a passage.

A good example showing the importance of following the rules of grammar can found in Daniel 9:27 where the subject of the first sentence in the verse is a personal pronoun.

“He will confirm a covenant with (the) many.”

The rule of grammar regarding personal pronouns is that they refer to the closest preceding personal noun. In this case it’s “the ruler who will come” in verse 26 indicating that the person who will confirm the covenant with Israel is the anti-Christ, not the Lord as some commentators assert.

Contextual interpretation involves always taking the surrounding context of a verse/passage into consideration when trying to determine its meaning. The Holy Spirit has usually prompted the Bible’s writers to place indicators in the text surrounding a passage to guide you in interpreting it. In 1 Cor. 9:24-27 Paul compares our life to that of an athlete, training and competing for crowns. The mention of crowns tells us the passage is not about salvation, which is a free gift, but rewards believers can win after being saved. (In this case it’s the crown of victory, awarded to those who overcome the ways of the flesh by getting rid of selfish desires, bad habits and attitudes, etc.)

When you stop to think about it, reading the Bible this way actually makes perfect sense. If you received a letter from a friend you wouldn’t have to be reminded to apply these principles. You would naturally assume that your friend was using words that meant the same thing to both of you. You would understand them within the parameters of your shared history, you would assume that the rules of grammar you had both been taught applied, and you would interpret what was written within the context of your relationship. You would expect your friend to alert you if any of these assumptions were not going to apply, and explain the reason for it.

The only difference with the Bible is that it was written over a long period of time, during which the meanings of some words changed, and society is generally different now than it was when the Bible was written. This makes books on Bible history and a good concordance valuable additions to your library.

This is a fancy term to remind us that symbolism in scripture tends to be consistent. For example, through out the Bible leaven, or yeast, is used symbolically to stand for sin. Therefore there’s no justification for claiming that in the Parable of the Yeast (Matt. 13:33) and there alone, it stands for the Gospel. Expositional Constancy only applies to words that are used symbolically, so be careful. Peter’s statement in 2 Peter 3:9 that with the Lord a day is like 1000 years and 1000 years is like a day does not justify substituting 1000 years for a day every time it comes up. Peter was simply explaining that the Lord’s concept of time is way different from ours.

The Bible, being the word of God, cannot contradict itself. The Lord is just and righteous so He can’t say something in one place and something different in another. He knows the end from the beginning so He can’t change His mind or take back something He’s given. Everything He says has to agree with everything else He says. For example, if the Bible says it’s God who makes us stand firm in Christ, that He anointed us, set His seal of ownership on us and put His Spirit in our hearts as a guarantee of what’s to come (2 Cor. 1:21-22), then it can’t say that we can walk away from our salvation or have it taken away from us someplace else.

Often when an important concept is mentioned for the first time there is elevated significance in the context of the passage in which it appears. The first mention of the Church is in Matt.16:18 where Peter declared that Jesus is the Messiah, son of the living God. Jesus said that this truth would be the foundation upon which He would build His Church. Notice who’s going to be doing the building and whose Church it is. Studying the passage where an important concept first appears can be very helpful in interpreting subsequent passages on the same subject.

Use Clear Passages to Interpret Obscure Ones

Some passages of Scripture are more difficult to interpret correctly than others. When confronting one of these, it’s best to locate the clearest verses on the subject and use them to help interpret the difficult one. A classic example is Hebrews 6:4-6 which, when taken alone, seems to say that we can fall away and lose our salvation, and if that should happen we can never get it back. But the clearest verses on salvation are Ephesians 1:13-14 and 2 Cor. 1:21-22, and they plainly state the opposite. The Ephesians passage says we were included in Christ when we first heard and believed the gospel. Having believed we were sealed with the Holy Spirit, a deposit that guarantees our inheritance. In 2 Corinthians Paul went even further saying that God himself has accepted responsibility for making us stand firm in Christ and has set His seal of ownership on us, like a rancher brands his cattle.

Applying the principles above we must conclude that the writer to Hebrews had to be talking about something else. When we look at the context of the letter, we find that it was written to Jewish believers who were being lured back into the Levitical system, which used the sacrifice of a lamb to atone for sins. For the Church, the Lord’s death fulfilled what the sacrifice only symbolized, so going back to this was tantamount to sacrificing Him all over again and subjecting him to public disgrace, because by their actions they were saying that His death was not sufficient to atone for their sins.

And as if that wasn’t bad enough, going back to the sacrifice was no longer acceptable to God because the Law was only a shadow of the good things that are coming, not the realities themselves. For that reason it could never make perfect those who draw near to worship no matter how many times they repeated it. (Hebrews 10:1) But when the Lord offered His sacrifice once for all time, He made perfect forever those who are being made holy (Hebrews 10:12-14) During the Church Age all we have to do after sinning is confess our sins to receive forgiveness, be brought back to repentance, and be purified from all unrighteousness. (1 John 1:9) Now Hebrews 6:4-6 makes sense because it conforms to the internal consistency of God’s Word.

There are lots of other rules and principles man has developed for application to God’s word, but in my opinion if we just apply the ones I’ve listed above we’ll stand a good chance of avoiding the errors and misinterpretations that seem to be so common these days.

The Bible is quite simply the most incredible book ever written. Some parts of it were written at least 4000 years ago, and by 95AD its most recent chapters were finished. But according to Paul it was written to teach us, upon whom the end of the age has come. (Romans 15:4, 1 Cor. 10:11) If we’ll just read it the way we would any other document, as if it means what it says, the Holy Spirit will reveal wondrous truths from within its pages. Truths that will give us an anchor against the storms of deceit and controversy that have become so common in our time. Maybe that’s why it was written primarily to us.

What is Biblical hermeneutics? - GotQuestions.org

The Nature of the Bible - Ariel Ministries (Arnold Fruchtenbaum)