Every aspect of life in America remains under full-scale assault as the usurper Barack Hussein Obama continues to occupy the Oval Office. Back in May of this year I wrote The Surrender of American Sovereignty to the Global Oligarchy concerning the financial surrender of America's sovereignty.

Recent history has shown that Obama's surrender was executed prior to our financial defeat by the forces of world socialism within our own government. It should now be apparent, and is thanks to an article over on the Never Yet Melted blog, that the final phase of the plan is underway. It occurs to me that a good title for this final assault might be titled, "He Who Has The Gold Makes The Rules" because the objective is the total financial collapse of this Republic. 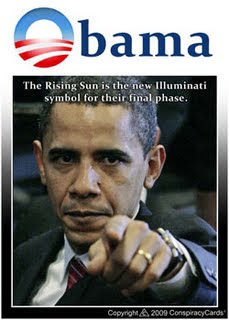 Here are some key details identified by the NYM blog entry:

"Barack Obama and the democrats in Congress did not turn the economy around with their massive spending stimulus package. Unemployment rates are high. They have not fixed the credit markets with bailouts. A new wave of foreclosures is underway. Home real estate prices are still in decline, nearly a quarter of American home owners are underwater on their mortgages, and the commercial real estate market is headed for complete disaster. Small businesses are experiencing a credit squeeze, which some economic authorities argue is attributable to government soaking up available credit for federal deficits.

As the US economy sinks, the democrats controlling Washington are attempting to hand it an anvil in the form of a staggering new health care entitlement. If a deficit burden reaching to the sky is not enough, we know that Congress has every intention of allowing the Bush tax cuts to expire, and proposals for new forms of taxation, a V.A.T. and even a special wartime surtax, have been floated. Coming up as well are plans for even yet another massive federal tax scheme involving mandatory purchases of carbon credits (at least for business not favored by federal exemptions) and dollar transfers to international bodies and/or Third World countries.

Quite correctly NYM then highlights the American Thinker article from earlier this week by James Simpson: Cloward-Piven Government. And as Simpson notes, this story has recently been very well covered by many of the heavyweights on the right, such as Mark Levin and Glenn Beck as well as David Horowitz 'Discover The Networks' entry on the "Cloward-Piven Strategy."

The strategy of forcing political change through orchestrated crisis. The "Cloward Piven Strategy" seeks to hasten the fall of capitalism by overloading the government bureaucracy with a flood of impossible demands, thus pushing society into crisis and economic collapse.

So what we see here are real people with a real agenda. I've have tagged these people as the "Global Oligarchy." Others refer to them as the Illuminati. Both names, and others not mentioned here, describe an elite which I believe is hell-bent on taking total control of the organs of total world governance.

And by total world governance I mean a one-world religious ethic we see manifest by political correctness in this country. It is a political correctness which demonizes Christianity and Judaism and elevates Islam as a co-equal of "Abrahamic" faiths. Nothing could be further from the truth. This is truth literally turned upon its head.

I also mean total world governance via a global economic and financial system, a legislative body and an international court. The vehicles for these controlling institutions have existed for some time, we know them as the UN, the IMF, the World Bank, and the International Criminal Court.

All of this constitutes the backbone of a Satanic One World system which was foretold to emerge during the years just prior to the return of Jesus Christ. This is the end of the age of mankind’s rule on earth. The one world system being constructed all around us is none other than the beast empire of the antichrist. Those human beings who are creating this global beast empire are nothing more than enablers of the greatest evil this world has ever or will ever experience. And they want you to be their slaves.

For those who are deceived, caught unaware or have failed to make a decision, the time of no turning back has arrived. It is decision time. It is time to decide to serve our Father in Heaven, the God in whom we say we Trust. And make no mistake, not to decide is to decide.

OUTRAGEOUS: OBAMA MAY ALLOW AMERICANS TO BE TRIED FOR WAR CRIMES AT THE HAGUE - The Cypress Times