The Foreign Minister of Italy Says if Europe Does Not Have an Army, the EU Will Become Irrelevant

The foreign minister of Italy says his country will push for the creation of a European army after the new Europe takes shape, a result of all 27-member states in the EU adopting the Lisbon Treaty.

Italian Foreign Minister Franco Frattini says that with the Lisbon Treaty in force there is a risk that without a common foreign policy, Europe could become irrelevant in a world with China ruling the Pacific Axis and America in control of the Atlantic Axis.

Frattini believes a European army would cause the EU to develop a common foreign policy and then they could deal with issues like the Afghan War, the Iranian nuclear threat and all the rest of the problems in the Middle East. 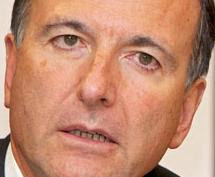 The call for a European Army is a step closer to the revival of the old Roman Empire, a unique aspect of the end times scenario that can be found in Bible prophecy.

With the ratification of the Lisbon Treaty by all 27-member states of the EU, this United States of Europe is at the point in history when they are ready to become a major power on the world scene. The EU has a common currency, the Euro and a legislative body, the European Parliament and with these both in place now, the call for a European army will put all the pieces in place to be the replica of the old Roman Empire.

The Lisbon Treaty makes the EU a major political, economic and governmental force and with a European army, all the parts are in place for the fulfillment of Bible prophecy.