The White House's recent frontal assault on the Fox News Channel is drawing criticism from some unexpected sources, including members of the left-leaning media.

"Cutting off a media outlet can be a risky strategy. It can reduce the voice and effectiveness of a politician or a party," Doug Heye, a blogger for U.S. News and World Report, wrote today.

"It's not likely to work, however. The far-left may love potshots at O'Reilly and Sean Hannity, but it loves a healthcare public option, card check, and closing Gitmo even more," Heye added of the White House campaign.

David Zurawik, a media critic for the Baltimore Sun is usually harshly critical of Fox News. But Zurawik blasted the White House campaign as "dangerous to press freedom, and it should concern everyone in the press, not just Fox." 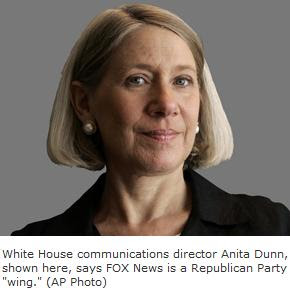 He slammed White House Communications Director Anita Dunn, who has led the charge against America's top-rated cable news network as "sounding so uninformed and blatantly biased."

"Dunn is absolutely wrong about Fox's coverage of the election last fall. I did watch it every day and wrote about it several times a week for this blog. And while I didn't like a lot of what I saw with soft interviews and only favorable coverage of Sarah Palin, it wasn't all about Bill Ayers and ACORN by a long shot," added Zurawik.

On CNN, the network's senior political analyst David Gergen called the White House attacks "a risky strategy, and it's not one that I would advocate."