Of Lies, Evil and Good Men Doing Nothing

After the millions of protestors who attended rallies, town hall meetings and marched in the streets against socialized health care, the Congress is going ahead with it anyway. They apparently believe they know better than the people who elected them. And the lies and deceit perpetrated upon the American people is unprecedented. But the stakes are high. This White House and Congress are attempting to do what no enemy, foreign or domestic, has ever succeeded in doing - the complete takeover the United States of America. The government will control the vast majority of the economy once it conquers nationalized healthcare - and it will control the purse strings of every American.

The man who occupies the Oval Office went on television September 10 and lied to the American people about his health care plans. He said that "no federal dollars will be used to fund abortions." Fact Check by the liberal Annenberg Public Policy Center admits that this statement is false. A public option - government ownership of health insurance - requires funding called premiums, which would be used to fund abortions. It is technically not a tax, but nevertheless government required funding. He also said that his program would not add "one dime" to the federal deficit. All expert analysis on this program indicates that nearly a trillion dollars will be added over a ten year period. 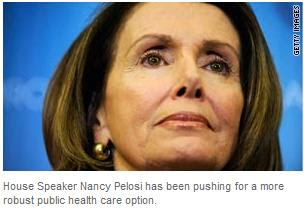 Irrespective of the debate over the horrors in the health care legislation, the bottom line is that the entire concept is unconstitutional. Health care is not a right. Quite the opposite, it is forbidden for the federal government to be involved. The 10th Amendment states,

"The powers not delegated to the United States by the Constitution, nor prohibited by it to the States, are reserved to the States respectively, or to the people."

"But evil men and seducers shall wax worse and worse, deceiving and being deceived."

"All that is necessary for the triumph of evil is that good men do nothing."

It is time to act with passion and conviction.