To the Hebrews, God gave this commandment: “Observe my Sabbaths and have reverence for my sanctuary. I am the LORD” (Leviticus). Later, Moses prophesies to the Hebrews the consequences of disobedience and of not observing the Sabbath.

Here, we learn that the length of the punishments upon Israel and Judah was proportioned to the number of Sabbaths that were not observed. For example, the 70 years of captivity in Babylon would therefore have been equated to a total of 490 Sabbaths having been missed or not observed.

While the Sabbath is a rite of observance specifically assigned to the Hebrews, one might wonder what will happen to an entire world that increasingly is moving away from a weekly day of rest. In a frenetic world given over to the primacy of commerce, a weekly day of rest is fast disappearing, whether the Hebrew Sabbath, the Christian Sunday, the Muslim Friday … or any day for that matter. Now, every day is a Sunday (or Sabbath) to some one, and that day is commonly becoming the weekly shopping day. 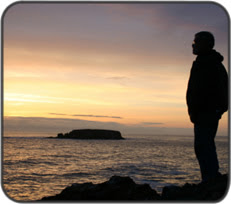 While the Christian is not bound to observe the Jewish Sabbath (though many Christians do wish to observe Saturday as their day of rest and worship) as they are not subject to Moses’ command nor prophecy to the Hebrews (see above), the first day of the week — the day that Christ rose from the dead and that the New Testament met for fellowship and teaching — is also treated as an ordinance. Though not under the Hebrew consequence of ignoring the Sabbath, could it still be true that there are dire consequences for societies that do not observe a weekly rest day?

As it turns out, the 7-day circaseptan is indeed the central cycle of Creation. Scientists who study chronobiology have discovered important confirmations on this question.

Here is an excerpt from an excellent article on this subject, written by Kenneth Westby, entitled “The Amazing 7-Day Cycle.”1

“The deeper we investigate the inner workings of life, an even more complex, intricate and absolutely marvelous display of design begins to appear. Out of the mindnumbing complexity of life a certain organizing rhythm starts to surface. The millions of living parts begin to respond to a rhythmic resonance broadcast on certain set frequencies. These parts innately know to tune their receivers to the proper sympathetically vibrating frequency — their beat. Just as we tune our radios and music suddenly springs to life, every living cell has imbedded in its primal genetic material a rhythm, a clock, a beat, a frequency, a resonance that helps it get in sync to live and function as designed.

Now we discover that the beat all life is tuned to is seven.

How did seven come to be imbedded deep into the ancient genetic building blocks of life? Why is seven the key coordinating rhythm for life's myriad complexities?

God did "wind up the clockwork" leaving his fingerprints all over the clock. The new science of chronobiology has had some of science's most impressive successes in seeing back to creation with its discovery of "primitive origins" to the seven-day cycle found in human cells and other life forms.

God somehow coded into the infinite complexities of life a clock that ticks to the time of a seven-day rhythm. We humans have no control over these innate circaseptan rhythms and benefit best by simply living in sympathetic harmony with them. More importantly, the seven-day cycle in physical nature points beyond temporal reality to a far greater spiritual reality.

God, with masterful design, uses time itself and a seventh day rest to call his creation to pause and listen. He has a message which explains why we were created and for what special purpose. His words are so majestic, so exciting, so unbelievable, so beyond our mundane world that they could only be comprehended as coming from God himself. His message dispels ignorance, solves life's grand mysteries, and offers a future too beautiful to be true.

His personal message introduces himself as our creator, he gives us dignity and a special relationship to himself by declaring we have been made in his image, he then offers to save us into an eternity with him — if we but follow him. He invites us to join him on his journey, to walk with him, to talk with him, to learn from him, to even rule with him. How could we refuse such an invitation?

The mystery of the seven-day cycle was never intended to be a mystery, but a call from the Creator to get in harmony, in sync, with him. It is high time we get in step with God.”

We learn here that the 7-day cycle is also part of the physical order. The Bible confirms its spiritual and religious roles. Since biological organisms function on this cycle, it is only logical that a day of rest would also fit this circaseptan pattern. Even God who is not bound by space and time, chose to rest on the 7th day. While the Jews were physically punished for their irreligious, non-observance of the 7th day Sabbath, would it be surprising to learn that a world that now runs on a 24-7, round-the- clock treadmill may suffer physical consequences for not observing a 7-day cycle and a day of rest?

Surely life today in such an unbalanced environment is more stressful, and frenetic and works against the priorities of those who do wish to apportion one day a week for rest and worship. A world removed from its natural order will be prone to deterioration and bring upon itself ill consequences.