Obama Chief: Embryos Are 'Just a Handful of Cells'

There is no moral concern regarding cloning human beings since human embryos, which develop into a baby, are "only a handful of cells," argued President Obama's newly confirmed regulatory czar, Cass Sunstein.

"If scientists will be using and cloning embryos only at a very early stage when they are just a handful of cells (say, before they are four days old), there is no good reason for a ban (on cloning)," wrote Sunstein, who was confirmed by the Senate last week as administrator of the White House Office of Information and Regulatory Affairs.

"It is silly to think that 'potential' is enough for moral concern. Sperm cells have 'potential' and (not to put too fine a point on it) most people are not especially solicitous about them," Sunstein wrote in a review of the 2003 book "Our Posthuman Future" by Francis Fukuyama.

Sunstein's comparison is not firm, however, as sperm cells, unlike embryos, do not have the potential to develop into life on their own. 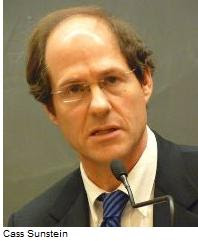 Sunstein, nevertheless, expounded on his attitude toward human cloning in a 2002 paper for the Harvard Law Review, "Is there a constitutional right to clone?"

WND obtained and reviewed Sunstein's 17-page article in which he scoffed at those who find human cloning morally repugnant.

"Moral repugnance might well be a response to vaguely remembered science fiction stories or horror movies, or to perceptions based on ignorance and confusion (as in the idea that a clone is a complete "copy" of the original, or a "copy" that is going to be evil)," he wrote.

Sunstein eventually determined there is no constitutional right for each citizen to clone themselves, but he seemed to argue for all states to allow cloning. Currently, while federal regulations prohibit federal funding for research into human cloning, there is no federal law banning cloning. Some individual states imposed a ban.

"For some people, cloning might be the only feasible way to produce a biological offspring. It would certainly not be ludicrous to say that as a matter of constitutional law, the state has to produce a strong justification for intruding on that choice in cases in which it is the only realistic option."

In addition to Sunstein's moral disregard for human embryos, WND reported last week the Obama czar several times has quoted approvingly from an author who likened animals to slaves and argued an adult dog or a horse is more rational than a human infant and should, therefore, be granted similar rights.

A brief video on YouTube captures Sunstein at a 2002 event using the writings of Jeremy Bentham, a 19th Century social reformer and animal-rights pioneer.

"You've heard a reference to Bentham, so let's listen to him, shall we," he begins in the video.

He then quotes from Bentham's 1789 primer, "Introduction to Principals of Morals and Legislation," written just after slaves had been freed by the French but were still held captive in the British dominions:

"The day may come, when the rest of the animal creation may acquire those rights which never could have been withholden from them but by the hand of tyranny. The French have already discovered that the blackness of the skin is no reason why a human being should be abandoned without redress to the caprice of a tormentor," Sunstein states, quoting Bentham.

"A full-grown horse or dog, is beyond comparison a more rational, as well as a more conversable animal, than an infant of a day or a week or even a month, old. But suppose the case were otherwise."

The rest of Bentham's sentence, not captured in the video, continued, "what would it avail? The question is not, can they (animals) reason or can they talk? But, can they suffer?"

While the YouTube video offers only a brief sound bite with no context, a WND review of Sunstein's academic writings find he used the same verses from Bentham to push for animal rights.

In the footnotes to a 2002 academic paper for Harvard University, "The Rights of Animals: A Very Short Primer," Sunstein expresses his approval of Bentham's arguments:

"I suggest that Bentham and Mill were not wrong to offer an analogy between current uses of animals and human slavery," he wrote.

Several other works by Sunstein, including his books, quote approvingly of Bentham's statements comparing adult dogs and horses to human infants.

In the Harvard paper, Sunstein even suggests animals could be granted the right to sue humans in court.

"We could even grant animals a right to bring suit without insisting that animals are in some general sense 'persons,' or that they are not property," he wrote.

The Senate last week confirmed Sunstein as Obama's administrator of the White House Office of Information and Regulatory Affairs overcoming months of delay due to Republican concerns that he would push a radical animal-rights agenda.

What is the Christian view of human cloning? - GotQuestions.org

The Biblical View on Abortion, Part 1 - Grace to You

Worship Not The Creature: Animal Rights and the Bible - J. Y. Jones (Book)