Israel's Preemptive Strike: Against What Country?

Will Israel strike Iran or Syria? Many people are talking about Israel’s preemptive strike against Iran, but maybe we should reconsider Israel’s position. First of all, let’s consider a prophecy made against Syria [Damascus]. Consider Isaiah’s prophecy.

“... Behold, Damascus is about to be removed from being a city, and it will become a fallen ruin ... The fortified city will disappear from Ephraim ...” Isaiah 17:1-3 (in part).

Syria is known as a training ground for terrorists. It is believed to be the base of operations for a number of terrorist organizations, including al-Qaeda, Hamas, and the Hezbollah. Syria is directly linked to Iran and Russia.

Weapons of Mass Destruction (WMDs) were never found in Iraq, but not because they did not exist. They were smuggled out of Iraq and into Syria. Satellite pictures showed them being transported to Syria. They were smuggled out by fifty-six commercial planes with the seats removed. The claim by Iraq (at that time) was that they were “planes of relief to Syria for a tragedy,” but in actuality, they were Weapons of Mass Destruction [see The Last Generation: Prophecy, Current World Events, and the End Times for more detailed information, including the sources of this information and their credibility].

Considering Syria’s strong ties to Russia and Iran, one would think that Syria would be one of the Russian allies [listed in Ezekiel 38] included in the coming Russian/Islamic Confederation invasion of Israel, but it isn’t listed. The most likely reason for this lies in its prophesied destruction according to Isaiah 17. Since Syria is not listed, we can place the sequential timing of the destruction of Damascus prior to the Russian invasion. 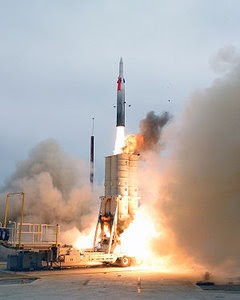 Syria has accumulated more rockets and placed them on Lebanon’s southern border. Estimates range from 1,000 to 3,000 rockets financed by Iran. The Syrians and Hezbollah are also strategically placed in Syria and Lebanon.

In the arms area, Russia plans to sell SS-26 and SS-18 missiles to Syria. With a range of 180 miles, one of these missiles can carry a 1,000 pound warhead to most targets in Israel. The most likely country to destroy Damascus [Syria] is Israel. Damascus would likely use WMDs or a dirty bomb against Israel. Israel’s leaders have already stated that they would react with a nuclear bomb.

Assad: Israel has shown that it does not want peace - Jerusalem Post

Syrian president in Turkey for talks on Israel - AP