UAE: The Future Is Cashless 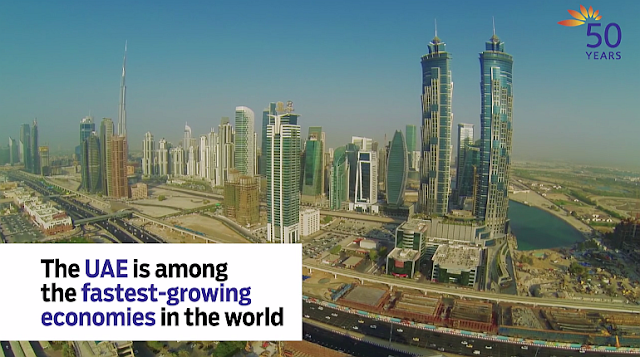 Across the world, nations are engaged in a race to move to a cashless economy. At first glance, the UAE looks to be a long way off with 75 percent of all transactions still made using cash, but the country is laying the foundations to go digital.

"Accessibility of financial services, level of technology available and the extent of consumer participation in the formal economy are key determinants in a country's readiness to move to a cashless society, and the UAE fares extremely well on all these counts."

Proactive government policies have been crucial in building a digital culture in the UAE and eliminating many of the barriers to becoming a cashless society.

Digital commerce and cashless payments were identified as top government priorities in UAE Vision 2021. The government has implemented a number of initiatives to support it, such as the wage protection system, which ensures that 4.7 million migrant workers get paid electronically every month. In 2016, there were 38.6 million cashless transactions via e-Dirham, a rise of 6.94 per cent compared to 2015.

The cashless journey is also being supported by financial institutions in the country. About 17 banks have agreed to support the Emirates Digital Wallet program, which is expected to accelerate digital payments.

"While we are still some way off from being a totally cashless society, we do believe that e-wallet and mobile banking will replace cash transactions to a significant degree,” says Subroto Som, Head of Retail Banking Group at Mashreq.

"Two factors will drive this. One is convenience and simplicity for the customer, and the other is the high cost of handling cash."

Mashreq's initiatives are aligned with the UAE's vision to become a digital economy, says Som. "The penetration of digital wallets is still in a nascent stage, but I believe the market will grow exponentially in the next few years."...

The infrastructure for digital payments is well established in the UAE. Mobile phone penetration is now at a world-record high of 233 percent, according to recent estimates. For every 100 residents, about 78 use smartphones, according to research from the consultancy firm, McKinsey.

Almost 100 percent of households in the country have internet access, and there are 150,000 point-of-sale (POS) terminals in use – 50 percent of which are already equipped to handle contactless payments.

Technological advances in the industry make it an exciting time to be a banker, says Som.

"I think consumer behavior is changing fast and our ability to influence and participate is exciting. And new technology allows us to do all of that."

The fact is many technology solutions in use now have been available for a long time, but they are becoming more affordable, which means they can now be made accessible to a larger audience, explains Som.

"Consumer confidence in using them has also increased. It is taking us to a place where what was technically difficult and was a dream can now be made possible."