"A former science adviser to British Prime Minister Margaret Thatcher says the real purpose of the United Nations Climate Change Conference in Copenhagen on Dec. 7-18 is to use global warming hype as a pretext to lay the foundation for a one-world government."

"I read that treaty and what it says is this: that a world government is going to be created. The word 'government' actually appears as the first of three purposes of the new entity." (Thatcher adviser: Copenhagen goal is 1-world government - WND)

Plus, here is a later Fox Business interview with Lord Monckton, in which he further expands his thoughts: http://tinyurl.com/foxbusiness-monckton 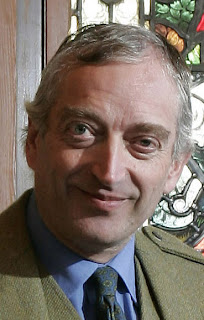 My research of the Climate Change document that Monckton references found the following: it is a 181-page working document that does not mention the words "ballot," "elected official," or "vote" anywhere in it. In my opinion, Lord Monckton did not exaggerate; if anything, he may have understated the situation. The document does indeed appear to be the institutional framework for an unelected supreme communist-style world government.

It appears that what a U.S. President and Congress (Republican or Democratic) could not do through the constitutional legislative process, they are attempting to do through international treaty. Therefore, it is my studied opinion that Lord Monckton's assessment that this upcoming Climate Change Convention in Copenhagen is a "pretext" for the establishment of one world government is "spot-on."

It does seem to be getting clearer and clearer that if the elected civil magistrates in Washington, D.C., do not quickly grow some backbone and develop some sagacity as to the direction these globalists are taking our country, resistance will be forced (in one way or another) upon the States and the People, because it is not possible for the policies and financial burden that are - and will be - levied upon the backs of the American people to be sustained without the surrender of independence, the abridgment of constitutional government, and the loss of liberty.

Has Anyone Read the Copenhagen Agreement? - Wall Street Journal